Fans of the English Premier League were treated to a beauty of a match on Sunday as Liverpool overcame a 2-1 deficit to defeat Tottenham Hotspurs 3-2. The game-winner came in the 82nd minute when long-time skipper Steven Gerard scored from the penalty spot to give the home team its first victory against a top-5 club this season while at the same time ending Tottenham’s 12-match unbeaten streak.

It’s been a good stretch of football for the club from Anfield as they finally find themselves within striking distance of the top five clubs in the standings (and above their Merseyside rivals Everton for the first time this season).

Of course, for Liverpool this isn’t so much about this season. 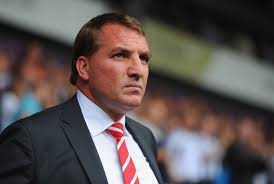 This is about next season and beyond. This is about being able to legitimately challenge for a league title, top-four finishes and qualifying for Champions League football on a regular basis.

As a fan of the club, it’s been disappointing watching a club filled with such history and prestige fall to the mediocrity. But after Sunday’s huge win, I am convinced that for the first time in a few seasons they finally seem to be heading in the right direction.

This will be 23 seasons and counting since Liverpool last won the league. Reasons for their failures have ranged from poor ownership (Gillett and Hicks), to poor signings (Andy Carroll comes immediately to mind), and a lack of depth within the squad.

The lack of depth in particularly has hurt Liverpool in recent years, particularly against the upper-echelon clubs in Europe. A soccer season is a marathon and in the league in particular, depth is crucial. It also means that there is a overreliance on the star players to produce each and every game, which is quite a burden.

But could they finally be getting the formula right?

It seems like after getting their feet wet, owners John Henry (who also owns the Boston Red Sox) and Fenway Sports Group are beginning to make progress.

Kudos must go to them for not only hiring current manager Brendan Rodgers, but for also being patient with him during his first season in charge (a far contrast from Chelsea owner Roman Abromavich who seems to hire a new manager every season). Rodgers may not have the flashy name or the managerial resume (although he was endorsed by former colleague and Real Madrid boss Jose Mourinho), but he is young, bright and hard working, as evident by his work with his former club Swansea.

Under Rodgers’ stewardship Liverpool has made significant strides from the beginning of this season to now as he has worked hard to instill his football philiosophies into a side containing only one true “star” player (Luis Saurez), an oft-injured captain no longer in his prime (Steven Gerard) and very little else. 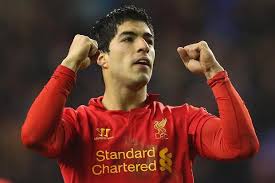 Now Liverpool seems to be playing quality football. Saurez seems more comfortable at Anfield and the league’s top goalscorer should be in the running for Player of the Year. Gerard has remained relatively healthy and is playing well. Other players (Stewart Downing in particular) have grown more confident and are playing better now than they did under previous manager and club icon Kenny Dalglish. Rodgers has added quality to the team over the winter with the signings of former Chelsea striker Daniel Sturridge (who never got a fair shake there in my opinion) and Inter Milan playmaker Philippe Coutinho. They have added a dimension to the Merseyside club with their skills, speed and creativity.

So pardon us Liverpool fans for being so optimistic about the future. If they are able to hold on to Saurez (who will no doubt draw considerable interest around Europe this summer) and add a few more smart signings, then a top four finish in 2014 (and with it Champions League qualification), and maybe even a trophy could be a reality.

UEFA Champions League: Breaking Down the Groups after Matchday Five

UEFA Champions League: Breaking Down the Groups after Matchday Four

UEFA Champions League: State of the Groups at the Halfway Point