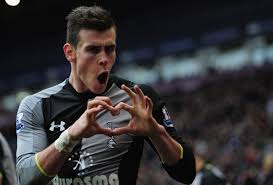 With so many big clubs interested in the 23-year old Welshman, I don’t see how he returns to White Hart Lane next season even if Tottenham were to qualify for the Champions League in 2013 (Tottenham currently lead London neighbors Arsenal by four points for the fourth and final spot).

Over the weekend there were reports that Spanish giants Real Madrid contacted Spurs to see how much it would take to bring Bale to the Spanish capital. There are also reports out of Munich that Bayern Munich are prepared to offer 50 million euros. In France, Paris St. Germain (a club with money to spend thanks to their new owners from Qatar) have reportedly entered the race for the Spurs’ top player. And of course Barcelona have also been rumored to be interested. 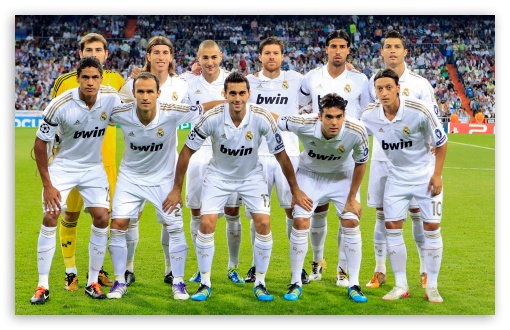 Bale has been linked to Real Madrid for the past few seasons.

Gareth Bale is one of the top players (along with Robin van Persie) in the English Premier League and I believe that he should move on to a bigger club where he will have more opportunities to compete on the big stage that is Champions League football. That is something that is not always a guarantee with Tottenham, a very good club but will always be at a disadvantage against the clubs from Manchester, Chelsea and Arsenal. And Liverpool looks like they will be better next season, their second under manager Brendan Rodgers.

Ultimately, it is in Gareth Bale’s best interest to move on over the summer. But where would be the best possible landing sport for him?

It is acknowledged by almost everyone that the top three leagues in Europe are the English Premier League, Spain’s La Liga, and Italy’s Serie A (though it can be argued that Germany’s Bundesliga has overtaken Serie A for third place). Therefore if you are Gareth Bale and looking to establish yourself as a brand (think endorsements) then these are your preferred destination.

So even though Bayern Munich are one of the biggest clubs in Europe, and PSG have the money to become the dominant club in Ligue 1, their leagues put them at a disadvantage.

Yes folks, I believe that Bale’s future club will be between those two old bitter rivals from La Liga – Barcelona and Real Madrid. And  I believe that it will be the Madridistas, not Barca, who will eventually secure the services of the Wales international.

Madrid needs him more than Barcelona. With or without Bale, Barcelona are still the top club in Europe. Madrid are in a midst of a disappointing season where all chances of repeating as champions of La Liga have pretty much evaporated, and their chances of advancing in both the Copa del Rey and the Champions League look slim thanks to 1-1 draws in the home league of both competitions. Chances are that Real’s club president Florentino Perez will be anxious to make a splash during the summer to appease a fan base that are much like that of the New York Yankees – a season without trophies is considered a failure.

Also, Barcelona’s system and style of play makes Real Madrid a more compatible fit for Bale. Barcelona’s success for the past few years have been due to their core players (Lionel Messi, Andres Iniesta, and Xavi in particular) who all came through the youth system learning the tiki-taka style of football that has come to be associated with the club. That style of football is characterised by several short passes, lots of movement, and dominating possession of the ball. Over the years we have seen several talented outsiders fail to acclimatise themselves to the Barcelona system (Thierry Henry and Zlatan Ibrahimovic are two that move immediately to mind). Bale, with his tendency to make long galloping solo runs down the wings, would be ill-suited for Barcelona and be a far more better fit for Madrid.

Which is why I believe that Gareth Bale will still be donning a white jersey at the start of the next season – that of Real Madrid!