The Indian Wells Masters (now known as the BNP Paribas Open) has long been known as tennis’ “fifth major.” The tournament is a twelve-day tournament (unlike most ATP Masters tournament which is eight days) in Indian Wells, California and features almost all of the top men and women players in the world.

Sports Unbiased previews the men’s and women’s draw and predicts a winner for each. 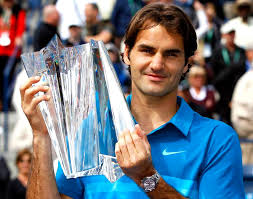 MEN’S DRAW
With Rafael Nadal back in the fold this marks the first time since Wimbledon last year that all four members of the “Big Four” will be competing in the same tournament. Finally, the gang’s all here! Which is bad news for the rest of the tour since only David Ferrer was won an ATP Masters title (2012 in Paris) since the era of the “Big Four”. Can someone, anyone, be able to break this stranglehold at Indian Wells?

Novak Djokovic’s Quarter
Novak Djokovic has firmly established himself as the best player in tennis. He’s undefeated so far in 2013 (13-0), with another Australian Open as well as the Dubai Championships under his belt. Suffice it to say, the Serb enters Indian Wells as the overwhelming favorite. The tennis gods continue to smile on Djokovic with what I believe is a comfortable draw. Look for him to advance without breaking too much of a sweat. The other top seed in this section, Frenchman Jo-Wilfried Tsonga, has not had a good history at this tournament. It also doesn’t help that he is currently on a seven-match losing streak against the world’s number one.
Semifinalist: Djokovic

Andy Murray’s Quarter
Andy Murray has not been seen on a tennis court since losing to Djokovic in the Australian Open finals so he should be physically fresh for this tournament. Andy Murray has a lot to play for as he could possibly overtake Roger Federer for the number-two ranking in the world so don’t look for him to falter early on. The other top seed, Juan Martin del Potro, is pretty much in the same scenario as Tsonga – inconsistent tournament results and a six-match losing streak against Murray.
Semifinalist: Murray

David Ferrer’s Quarter
Let’s be frank: This should have been Nadal’s quarter had he not been out injured for so long. I don’t think that Tomas Berdych will complain however. The Czech was the runner up at Dubai where he survived multiple match points to defeat Roger Federer in the semifinals. Even though he hasn’t had good history here (it seems that way for alot of guys) I think he has the confidence – and the firepower – to take out Ferrer.
Semifinalist: Berdych

Roger Federer’s Quarter
The defending champion was not done any favors here. Pesky veteran Julien Benneteau (who beat him in Rotterdam), last year’s Indian Wells runner-up Jon Isner, and Swiss compatriot Stan Wawrinka all lurk in his section, but the biggest threat has to be Rafael Nadal (seeded 5th at this tournament). I would be shocked if both did not make the quarters. Rafa has long been Federer’s kryptonite but I’ll give Fed a slight edge just on match fitness.
Semifinalist: Federer

Semifinals
Djokovic vs Murray: In what should be a marathon of a match, I give Djokovic the edge on the big points.
Federer vs Berdych: Let’s just say that Federer owes Berdych one for what happened at Dubai.

Finals
Djokovic vs Federer: I suspect that fatigue may be a factor here for Djokovic, having to play Federer the day after what should be a gruelling semifinal affair with Murray.

Who will win men's singles title at the Indian Wells Masters?

Up Next:  The Women