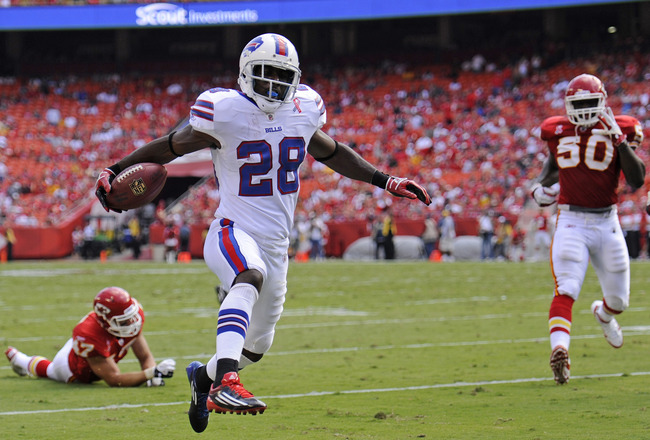 Keys to the Game

Kansas City: Andy Reid is feeling right at home in Kansas City. He has the Chiefs at 8-0 (the only undefeated team), Jamaal Charles is his new LeSean McCoy, and his defense is stellar. Reid probably never dreamed of a season like this when he arrived in Kansas City, but if he wants to keep the Chiefs rolling he will have to do a few things. He needs to develop the run game early. Buffalo has had trouble this year stopping the run, and the Chiefs have a running back who can wear down a defense quickly. Jamaal Charles will be the go to guy throughout the game (fantasy owners will be happy). On the defensive side, it is fairly simple, bring pressure. Thad Lewis was rattled last week when facing the rush of the New Orleans Saints. This week won’t get any easier, because the Chiefs have some of the best pass rushers in the league. Justin Houston and Tamba Hali are the two big names that will be bringing the heat.

Buffalo: Buffalo has been a scrappy team thus far and has only been blown out once this year. However, if they want to avoid being blown out by the Chiefs they are going to need to focus on some key areas. First, stop the pass rush! We all know the Chiefs will bring the pressure but Buffalo needs to find a way to stop the rush. Use screens, quick passes, draws and more. Second, get your defensive play makers in the game. I am talking Mario Williams, Kiko Alonso, Jairus Byrd, etc. These guys are going to be the key to winning this game. Lastly, go back to the thing Buffalo does the best, run the ball. Buffalo has rushed the ball well this year, but it seems they always abandon the rushing game too early. Whether it’s Fred Jackson, C.J. Spiller or Tashard Choice, just run the ball!

What to Watch for

Kansas City: The Chiefs have two huge playmakers, Jamaal Charles and Justin Houston. Charles comes into this game with 635 rushing yards and 383 receiving yards (leading the Chiefs in both rushing and receiving yards). The Chiefs will have Charles all over the field and as many teams have found out it’s hard to stop him. I am looking forward to watching the way Reid uses Charles throughout the game. Now, Houston is the play maker on defense and every team knows about him. Houston has 11 sacks this year and is looking to get a few more this week. Houston will have a favorable match up as Buffalo has been giving up sacks left and right throughout the last few games.

Buffalo: I said it last week and I am saying it again, please Buffalo start using Scott Chandler. Chandler is a match up nightmare for defenses and Buffalo needs to start using his talents. Chandler is second in receiving yards in Buffalo with 341 yards, but they still under-utilize him. HE should be a key target on first down and anytime he is matched up one on one. Now on defense I will be watching Mario Williams. Williams, is showing the nation that he can still play at a high level. Williams has been a one man wrecking ball and he will be doing the same this week. Williams and Houston are both tied for second most sacks in the NFL with 11. It will be interesting to see which pass rusher comes out of this match up with more sacks.

After looking at the Chiefs schedule they haven’t played many tough teams, but 8-0 is 8-0. The Chiefs have a great defense and they rely on them week in and week out. As for Buffalo they have been scrappy and are playing hard. Buffalo will need to get their offense going early if they want to win. This game should be hard hitting game but only one team can prevail and I am going out on limb here. I am going with Buffalo, yes it may be a reach but we have all seen crazier things happen. Also, lets just remember no one circles the wagons like the Buffalo Bills.