The New England Patriots and the New York Jets are both in the AFC East. Most people would assume that these two teams dislike each other but this hatred is much more than dislike. In Week 2, the Patriots and Jets had a skirmish of some sorts which led to fines and some ejections. Willie Colon, the Jets right guard, was one of the players who got ejected from that game and he was slapped with a $34,000 fine. Colon stated this week,

“I hate hate them, but love them at the same time because they’re a team that forced you to give them your best.”

Now Colon is not the only one who hates the Patriots. Antonio Cromartie, starting cornerback for the Jet once referred to Tom Brady as an “a**hole.” Yes, this hatred is growing but what is the true history between the Patriots and the Jets hatred?

It all points back to Bill Belichick (and Bill Parcells), yes he is a coaching mastermind . But no one knew he was a mastermind on how to drive a once friendly rivalry into a burning hatred. In the 90’s, Bill Parcells was head coach of the Patriots and decided to leave because he felt he wasn’t involved enough in the decisions that went on. His contract didn’t allow him to coach anywhere else so he left and took an advisory/head coaching position with the New York Jets. As a deal breaker Parcells had an obligation that the Jets would have to hire Bill Belichick as the Jets assistant coach.

Now this caused more than just hatred, this caused legal action. The Patriots threatened that Parcells didn’t obey his contract and the NFL Commissioner Paul Tagliabue had to figure out a deal. The deal was that Parcells and Belichick would go to the Jets and the Patriots would receive a third and fourth round draft pick, a second round pick the following year and a first round pick the year after that. Things settled down for a few years but you may be asking yourself how did Belichick get back to the Patriots? 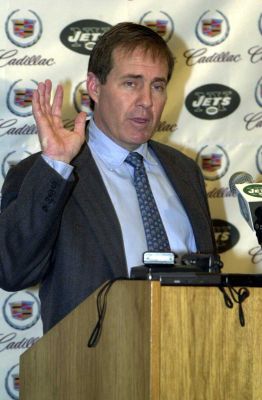 When Parcells decided to hang up his coaching role in 1999, he made the Jets select Belichick has a successor. However, Belichick’s head coaching role for the Jets was short lived, very short lived. Belichick accepted the position, however, resigned a day later. Right after his resignation, he was announced as the Patriots head coach. Now the Jets weren’t happy and demanded that the Patriots give them compensation since Belichick was under contract when they contacted him. Paul Tagliabue once again was brought in to work out a deal. The Patriots had to give the Jets their first round draft pick in exchange for Belichick. As you can see Belichick is one of the driving forces behind this hatred.

Now that’s where the rivalry began and of course there is much more that followed after these events. Other key incidents include; Curtis Martin demanding a trade to be a Jet, the events of Spy Gate, player comments, and much more. This rivalry/hatred is going to live on as long as Belichick is a head coach of the Patriots and maybe even longer. Look for Week 7 to be a hard hitting match up, that will only help fuel this rivalry/hatred.