It’s the moment many of us football fans have been waiting for, the start of the regular season. Preseason is done, drafts are completed, and now the challenging part has begun, trying to figure out who to play each week.

If any of you are like me, this part takes most of the morning on Sunday. Yes, I sit in front of the TV, listen to the analyst, and do my research on my computer all Sunday morning. However, it doesn’t matter how much you read into the stats or rankings because it doesn’t always work. Like last season many of you might have missed out on a career day when you sat Doug Martin vs. the Raiders and he broke out for 251 yards and four touchdowns. Stats and analyst help, but it doesn’t always work. For many of us there are moments we find ourselves resorting to “eenie meenie miney mo” to choose which player is going to be the flex player. Fantasy football is a gamble where stats aren’t always going to lead you to a victory, but they are a solid platform to stand on if find yourself undecided.

The Atlanta Falcons offense is stacked. Matt Ryan has two great wide receivers, a hall of fame tight end, and a star running back. With a star studded offense any defense is going to have trouble stopping this team.

Buffalo’s secondary is young and without Stephon Gilmore the only proven guy they have is Jairus Byrd. Brady may not have the wide receivers he did a year ago, but I am sure Brady will find an easy way to attack this secondary. Last season the New Orlean Saints gave up an average of 147 yards rushing a game. The Saints were the last ranked rushing defense in the league last season and Steven Jackson should have a very nice start to the season for fantasy owners.

Many fantasy experts are saying McFadden could finally be a fantasy stud this year. He will have his opportunity the 1st week of the season facing the Colts. Last season the Colts were ranked 29th in the league in rushing defense. If McFadden wants to show he can handle being a fantasy stud, he will have to prove it week one. 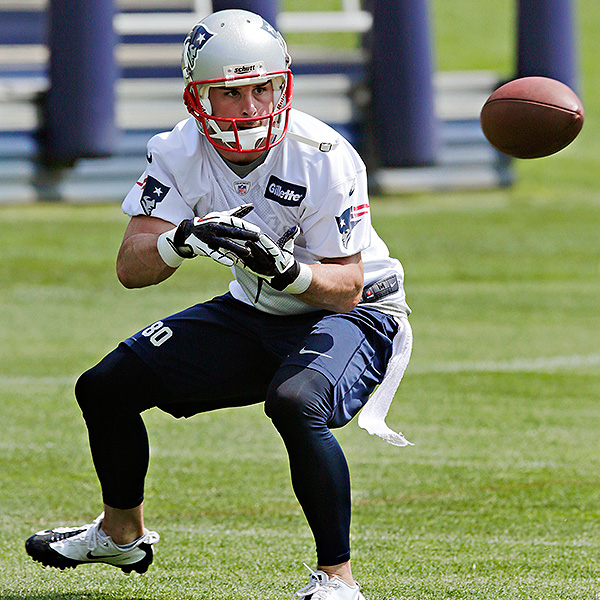 With Wes Welker in Denver, Amendola has a huge chance to have the best season yet. In week one the Patriots will face a Buffalo team with a very weak secondary right now and Brady needs to find a new favorite target.

With Anquan Boldin gone, Smith is now the top wide receiver for Baltimore. Last season Smith was used as a deep threat, but this season he will be used as a number one wide receiver where he should see more looks. He should be a key target for the QB in the first week.

Myers had a great season last year finishing sixth among TE’s in targets. Last season Eli targeted his tight ends and I expect that to be no different this year. Myers is a good tight end and Eli will use him often in the open field and near the red zone.

Rudolph seemed to have some up and down weeks last season. However, Ponder and Rudolph had a whole off season to work and the Lions don’t have the best secondary. Look for Ponder to go to Rudolph throughout the game and be used as a safety net when Ponder gets in trouble.

Tampa Bay will face a Jets team who have had a bad reputation this off season with quarterbacks. It appears Geno Smith will be the starting QB so you can expect the Buccaneers to try to bring pressure and get the young quarterback rattled early. Tampa Bay should easily handle a Jets offense who have been pretty stagnate throughout the preseason.

Carpenter just got signed with the Bills on Monday due to Dustin Hopkins injuring his groin. The Bills may possibly have an undrafted rookie starting for them and the team may struggle to get to the red zone. Carpenter is a seasoned veteran and should get some easy points for fantasy owners this week. The Bengals face a tough Bears defense and it may be difficult to find the end zone. The Bengals have the offense to score but the Bears are very tough, so I am expecting to see Nugent on the field quite a bit.

Super Bowl XLIX: 3 Reasons The Patriots Got The Best Of The Seahawks