Coming into the 2013-14 season, the Big Ten looked to be at the top of the conference power rankings. They were coming off a successful NCAA Tournament having seven teams receiving bids. This season looked just as promising with schools like Michigan State, Michigan, and Ohio State earning preseason top-15 rankings. Michigan St. looked particularly impressive with their roster boasting both talent and experience.

Now that the conference season has had a chance to develop, the difficulty of playing a full Big Ten schedule is rearing its head. Certain teams have emerged as the dominating forces in the conference, while others have begun to lose their edge. Michigan State could very well be undefeated this year, even after ten games of a Big Ten stretch. The Spartans have survived a seven game stretch without their big man, Adreian Payne, which could attribute to their first two losses since early December. Even with that injury, Michigan State suffered both losses at home, one to a mediocre Georgetown team. If Payne stayed healthy, the only blemish on their schedule would be another home loss to North Carolina. The Spartans normally do not have those issues.

While some teams have proven their worth throughout the Big Ten season, others have surprised everyone with their play, both good and bad. Wisconsin began with a school-record 16-0 start to the season. We’ve since seen a rough stretch for the Badgers, losing five of their last seven games. The remainder of their schedule doesn’t get much easier. In their final eight games, Wisconsin faces three ranked opponents and one against an Indiana team that has already beaten them once before. If they can survive this test and gain some momentum, Wisconsin could still be primed for a deep tournament run. 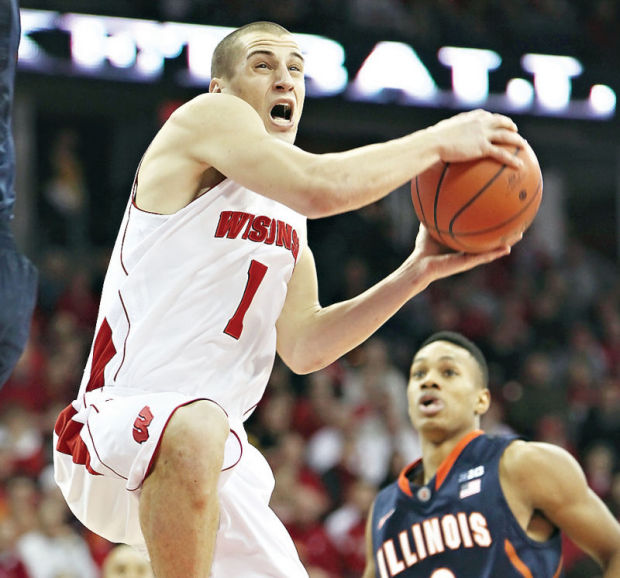 Ohio State is another puzzling team that has seen its fair share of trouble. One of their questions going into this season was who would generate the bulk of their offense with the loss of Deshaun Thomas? LaQuinton Ross and Lenzelle Smith Jr. have increased their scoring outputs since last year, but the Buckeyes have had some trouble putting the ball in the bucket against Big Ten opponents.

They have only scored about 65 points-per-game in their five losses, and still must deal with Michigan and Michigan State in their last seven games. However, just like Wisconsin, Ohio State should be able to ride their dominant start to the season into the NCAA tournament. With Ross, Smith, and Aaron Craft, the Buckeyes will be more than fine. Look for them to be dangerous come March.

One team that has shown some promise is Northwestern. While their record may not necessarily show it, the Wildcats have established themselves as one of the better defensive teams in the country. New head coach Chris Collins brings in a championship pedigree to this team having served as Duke’s assistant coach and was a part of the USA Basketball staff during the 2012 Olympics, both under Mike Krzyzewski. Northwestern was able to hold Michigan State to only 54 points last month and have shown that they can limit teams offensively. Their biggest issue for this team is that they simply cannot score the basketball. Northwestern has been held under 55 points nine times this season. In their loss to Michigan State, the Wildcats were held to 40 points on 28 percent shooting. Collins has this team heading in the right direction, but it still looks as if Northwestern’s NCAA tournament drought will continue in 2014.

As of right now, five teams have essentially punched their tickets to the NCAA tournament. Michigan State, Michigan, Iowa, Ohio State, and Wisconsin have all put themselves in a position to at least celebrate on Selection Sunday. Teams like Indiana or Minnesota could also crash the tournament, but it would take a little run in the conference tournament for them to have the chance. Of all these teams, Michigan State may have the most pressure on them to reach the Final Four. Seniors Keith Appling and Adreian Payne know that if they don’t make the Final Four, they will be the first four-year-class in coach Tom Izzo’s tenure to miss this accomplishment. However, once the tournament begins, the Spartans could be the most dangerous team in the nation. The Big Ten may not have any teams with unblemished records, but they do have several teams that are ready to make March one exciting month of college basketball.