Welcome to the final week of the Sports Unbiased Mailbag. The way it works is, you the reader, send us, Alex and Chris, your sports questions. Then we sit down and write out our takes on the question. Most of the time we disagree, but every once in awhile Chris decides to take the right side and agree with Alex. This will be the last Mailbag, so enjoy it and thank you for the support that the readers have given us.

The Patriots lost Aqib Talib to the Broncos, but they got Darrelle Revis.  Which is the bigger move?

Alex: It has to be the Broncos picking up Talib. Not only did they get a stellar defensive back, but they also stole him away from a conference rival. The Pats did get Revis, but we haven’t see him produce at a high level in a long time; who is to say he will produce with the Patriots? What do you say, Chris?

Chris: I think this was a bigger move for the Broncos, just like Alex. Not only did they pick up Talib, but they also got DeMarcus Ware and T.J. Ward. In just a matter of hours, they turned one of their biggest weaknesses back into the defensive force it was in the Tim Tebow era.

The Broncos picked up Talib along with DeMarcus Ware.  Which signing will help Denver the most in their Super Bowl quest?

Alex: I have to do it, I’m sorry, but I have to take the cop-out answer and say both. We saw in the Super Bowl that the secondary of the Broncos was dreadful, as Wilson torched them. But they had no pressure on Wilson either, so both of these players bring something to the table that the Broncos desperately needed.

Chris: Bold Prediction: Talib will be the reason the Broncos make it back to the Super Bowl in 2015. He was a dynamic corner for a system in New England that honestly isn’t too concerned with defensive backs. He was often overlooked last season for frequently being “big-headed” but I think being around Peyton Manning will change that. Also, Ware is on the tail end of his career and could see limited production sharing the field with Von Miller.

Alex: Ware is still a big pick-up, Chris. Von Miller didn’t do that well last year, and they will move both of them around a little to get them both on the field at the same time. That defensive attack should scare any O-line, so I think Talib, like Chris said, will have a great season. But it is the pressure that Ware will bring that will help Talib get some interceptions.

Chris: I’m not denying that Ware won’t make a difference on the Broncos defense, but he won’t be the Ware that we are accustomed to seeing. But having Von Miller on the opposite side will help Ware be more effective because no O-line in the league could possibly contain both of them every down.

Kobe is shut down for the rest of the year. Will he ever play in another game, and if so what sort of impact would he have?

Alex: Kobe is just about done, it is as simple as that. He will play again next year, but he will not be even close to as effective as he was before he got injured. His age is becoming a larger and larger factor of his game as well, so he will have to learn to give up the keys to the car and let another person be the driver of the team. Who knows who might end up in LA with him after free agency?

Chris: Kobe is beginning to shift into “Michael Jordan in D.C.” mode. Any team he is with from this point on will consider him to be a motivating factor more than a play-making factor. Of course Kobe can still ball with the best, but after being injured for so long this late in his career I don’t think there’s any way he can bounce back from this mentally.

Alex: Hey Chris, HOW BOUT THEM PENS?  Sorry about that — we butt heads on hockey, since I’m a Pens fan and he roots for Washington. Anyway, it has to be a bad sign for the Caps. The Caps can’t get out of the first round of the playoffs, while the Pens have just been stopped due to injury. Pittsburgh has a great chance to win it all (and I think Chris would agree if he wasn’t a Caps fan) whereas the Capitals have just struggled to beat a top-tier team like the Penguins. If the Capitals want to win a Stanley Cup, they are going to have to go through Pittsburgh.

Chris: This is a soft spot for me Alex, because as you know, I am a die-hard Caps fans. That being said, these are dark times in the nation’s capitol. The Pens just continued to prove why they are one of the better teams in the league against (as much as I hate to admit it) a mediocre Caps team. Ovechkin is a shell of his former self and has proven on the Olympic as well as the NHL stage that he is incapable of leading a team to the Holy Grail. It’s going to be a LONG offseason for the Capitals.

Alex: Sorry Chris but I’m about to rip Ovechkin here. The problem with Ovechkin is that he cares too much about scoring, and that takes away from the team as a unit. He would rather get a hat trick than win the game. He is trigger happy and would shoot with the whole team on him before he would pass. If the Capitals want to make it far into the playoffs in the future, Ovechkin is going to have to learn what an assist is.

Chris: Ovechkin’s problem isn’t necessary his inability to pass, but his inability to withstand a lot of pressure. As of late, other teams in the NHL have determined that the only way to shut down the Great 8 is to put big bodies on him in the neutral zone. If Ovechkin doesn’t change up his game, the Caps will be dead in the water for seasons to come.

Steve Smith will not re-sign with the Panthers. Is this a good move for him, and how Much (if any) will it hurt the Panthers?

Alex: I actually just wrote an article about this. It is great for the Panthers: they get rid of an aging receiver, and they now have money to spend on other receivers in free agency. Plus, with the Draft coming up, they have a good chance to get a couple of young receivers and plug them into their system immediately to start forming a connection with Cam Newton. It is a bad move for Smith, because he will now end up somewhere with a lot of money but no chance to play for a Super Bowl. At this point in his career, that is what he should be going after.

Chris: Bad move for Smith, decent move for the Panthers. If Smith had any form of common sense, he would see that the Panthers are the NFL’s next big thing and he would stick around to help Cam Newton grow into an elite quarterback. The Panthers, on the other hand, now have a lot of cap room to play around with in a free agent period and a Draft that offer a ton of proven talents.

Alex: The Knicks need anything hope they can get, so the hire has to be good. Phil knows how to build a good team, as we have seen with him as a coach. Now he has the power to hire any coach he wants, get any players he wants and not have to travel and do the day-to-day activities you have to do as a coach. This is a great idea for Phil, and the Knicks got lucky he wanted to help them. This also will have some impact on what Carmelo Anthony does, whether he wants to admit it or not. Having a guy that cares about winning in the front offices means he is going to put great talent around his players.

Chris: At this point for the Knicks, anybody new has to be a good hire. Phil Jackson probably isn’t the worst option for the Knicks to be running their organization, considering the success he’s had in the past and the pull he has on the rest of the NBA. We will have to wait and see if there is any immediate success that comes out of this, but it will probably take a few years to see significant results. 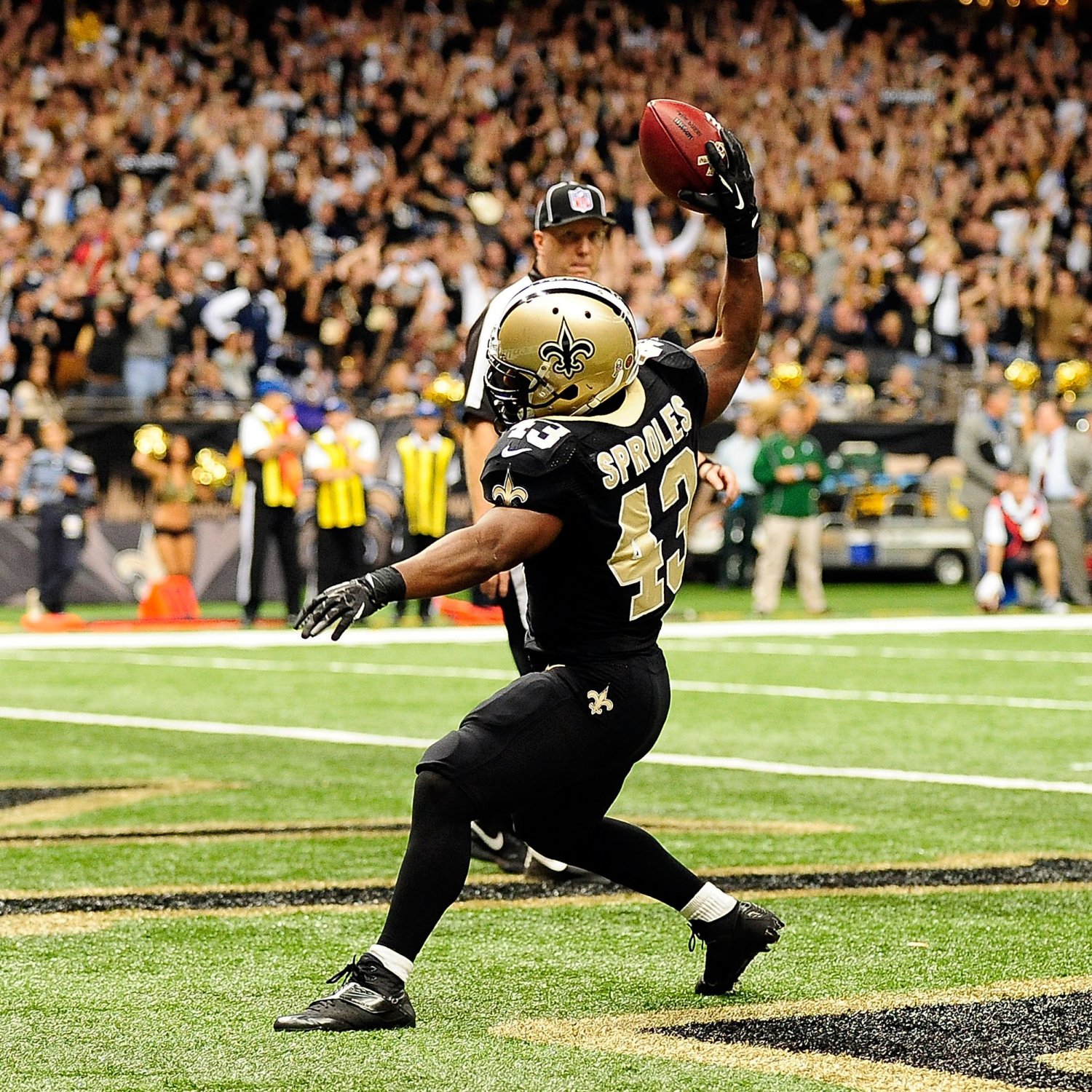 James (VA): What do you think of Darren Sproles’ move to the Eagles?

Alex: Sproles was traded for a fifth-round draft pick. Yeah, that’s it! The Eagles got a player that can run the screen play very well, and can give them a boost when LeSean McCoy needs a break. It is a good pickup for the Eagles, and a horrible trade for the Saints.

Chris: If I was Drew Brees right now, I could not be more furious with the front office. Sproles was the Saints’ most versatile weapon and now he’s going to a team that already has an offense with track-like speed. We may be seeing the Eagles turning into the new Saints of the decade.

A big thanks to all of the supporters of the Mailbag.  Be sure to check out other great articles on the site, by some writers who know a ton about sports.  For the last time this is the Sports Unibased Mailbag.