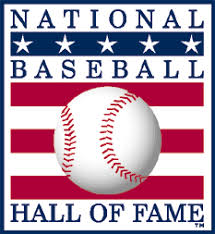 That’s because the Baseball Writers Association of America (BBWAA) have taken it upon themselves to punish these two players or others connected in any way possible to performance-enhancing drugs (though I don’t understand why former manager Tony La Russa got elected to the 2014 Hall of Fame when he supposedly looked the other way when some of his players – notably Jose Canseco and Mark McGwire were busy using steroids).

Many of these writers have made it a rule not to vote these players in under any circumstances – a line of thinking that is a reflection among baseball in general be it the owners, the media, players past and present, the fans, even here at Sports Unbiased (neither men made our Hall of Fame).

However, I am here to show why (contrary to popular opinion) both Barry Bonds and Roger Clemens should be voted to the Hall of Fame.

1. HISTORY CANNOT BE ERASED
Like it or not, the Steroids Era is a part of baseball history, just like the Dead-ball and Live-ball eras. So why should baseball pretend like it never existed? After all, everyone in the game during that era had a role in its existence. The players who did not use performance-enhancing drugs did nothing about the ones who did.

Commissioner Bud Selig and the owners did nothing because those same “juiced up” players were bringing back the fans (and the money) to the game. The fans did not care because they were too busy enjoying  those tape-measured home runs. And the writers did nothing because it made covering the sport more interesting (I don’t believe for one second that none of the writers were aware of what was going on). Adolf Hitler’s reign as dictator saw the birth of Nazi Germany, World War II, and the Holocaust. I’m sure most of us wish these things never happened, but it is a part of history. So is steroids in baseball! So why not include both Bonds and Clemens, the top hitter and pitcher of that era, in the Hall of Fame with their stories included on those plaques?

2. NO RULES WERE BROKEN
Up until 2006, Major League Baseball was without a drug policy (you can thank the Office of the Commissioner and the MLB Players Association for that). It means that, according to baseball, performance-enhancing drugs was not against the rules before 2006. It also means that, according to baseball, it was not considered cheating. When we think of cheating, the connotation is that a rule was broken. But in the case of baseball, no rules were broken. So how can they then be called cheaters? Remember, unlike PEDs baseball had rules against gambling which is why Pete Rose and “Shoeless” Joe Jackson are not in the Hall of Fame. Editor’s Note:  illegal drugs of any kind, including misuse of PEDs were against the rules in 1991, they simply had no way to test for them or any punishment in place for them until 2004.

3. NUMBERS STILL HALL OF FAME WORTHY
The story goes that Barry Bonds began using steroids after the 1998 season because he was jealous of the attention and adulation that both Mark McGwire and Sammy Sosa received during their historic home-run chase of Roger Maris. For the sake of argument, let’s assume that Barry Bonds never played another game following that 1998 season and decided to retire. He would still be an eight-time All-Star, an eight-time Gold Glove winner, and a three-time MVP. He would have been the only player in MLB history with over 400 career home runs and 400 career stolen bases. He would have finished his career with over 1900 hits, 400 home runs, 400 doubles, 1200 runs batted in, 1300 walks, .300 batting average, .400 on-base percentage, .600 slugging percentage and 1.000 OPS. Need I say more? There are not too many players in the Hall of Fame today with such numbers and accolades, which goes to show how great Bonds was before PED use.

We can do the same assumption with Roger Clemens. Let’s assume that the man nicknamed “The Rocket” decided to retire after his final season with the Red Sox in 1996 (it goes that he began using steroids after that season). He would still be a three-time All-Star and a three-time Cy Young Award winner. There is also his MVP award in 1986 (just the second starting pitcher in MLB history to be named MVP) and he would still be the only pitcher in MLB history to strike out 20 hitters in a nine-inning game twice. He would have finished his career with over 190 wins, a 3.00 earn run average, 100 complete games, and 2500 strikeouts. If such a resume belonged to anyone else they would be Hall of Fame bound. It just goes to show that even if voters were to eliminate the numbers that they believe were “enhanced”, Bonds and Clemens were still Hall of Fame players.