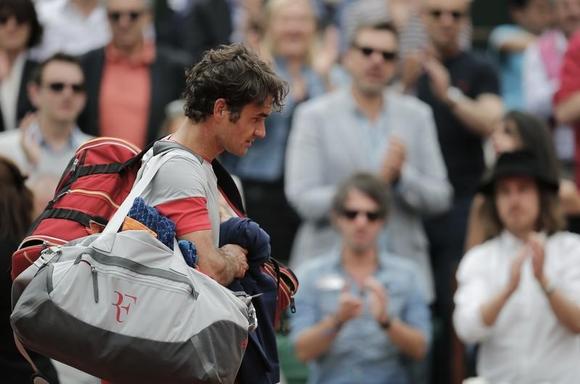 Federer, the 2009 champion, was two points away from taking a two-sets to love lead over  Gulbis at one point. But Gulbis (ranked 17th in the world) hung tough. He served big, blasted away at his groundstrokes, and showed some lovely touches with several drop shots. Meanwhile it was a sloppy match for the 17 Grand Slam champion who made an unusually high number of unforced errors throughout the match.

Gulbis now finds himself in his first Slam quarterfinal in six years – also here at Roland Garros. He will face sixth-seeded Tomas Berdych of the Czech Republic, who ealier in the day took out American John Isner in straight sets.