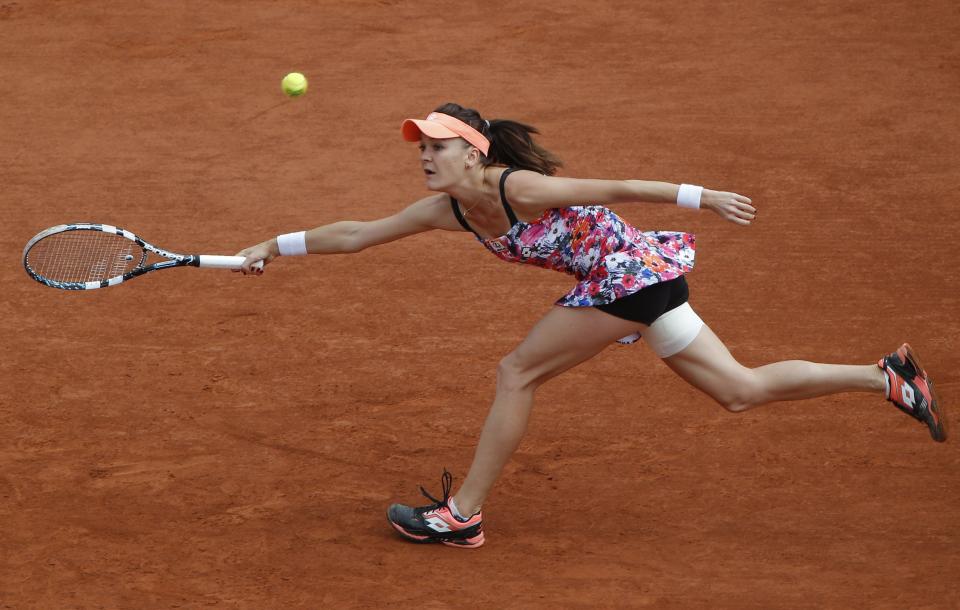 Another top women’s side is out of the 2014 French Open.

This time it’s third-seeded Agnieszka Radwanska of Poland, who fell to unseeded Ajla Tomljanovic of Croatia in the third round 6-4, 6-4.

Radwanska’s loss means that for the first time in Open era the top three seeds in the women’s draw have failed to reach the fourth round of a Grand Slam.

Many thought that the Pole, who reached the semifinals of the Australian Open, would be one of the players to benefit from the upsets of Serena Williams and Li Na. However she played poorly against Tomljanovic, and the 21-year old (ranked 72 in the world) made her pay.

Another top ten seed was also eliminated today, as ninth-seeded Dominika Cibulkova of Slovakia went down to No.19 Samantha Stosur of Australia 6-4, 6-4 in their third round match.

Maria Sharapova, seeded seventh (and probably the overwhelming favorite now) was all business today as she destroyed Paula Ormaechea of Argentina 6-0, 6-0.