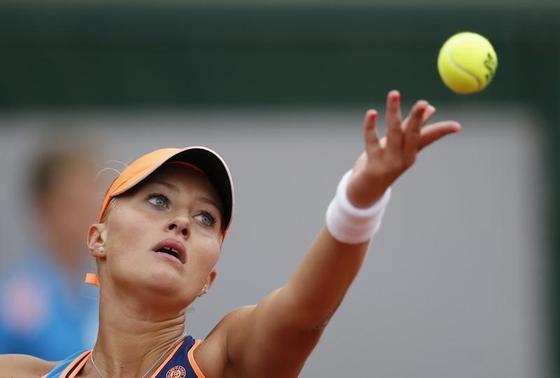 One day after 2014 Australian Open men’s champion Stan Wawrinka fell out of the French Open in the first round, the women’s champion followed suit.

The 21-year old  Mladenovic, ranked 103rd in the world, will next face American Alison Riske in the second round.

The Chinese, admitted that she handed the victory to her opponent in the third seed, thanks to her poor performance.

This is the first time in tennis that both men’s and women’s Grand Slam champions have been knocked out in the first round of the following major.

In other news, men’s eleventh seed Grigor Dimitrov was upset in straight sets by the hot-serving giant Ivo Karlovic. Nicolas Almagro of Spain was forced to withdraw from his first round match today, as did Tommy Haas of Germany.

Women’s 13th seed Caroline Wozniacki was also knocked out in the first round by Yanina Wickmayer 7-6(5), 4-6, 6-2. Wozniacki broke up with golfer Rory McIlroy last week.