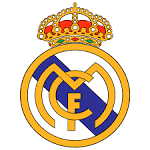 Real Madrid has confirmed that Cristiano Ronaldo will miss the Copa del Rey final versus Barcelona due to a hamstring injury on April 16.

The club did not say how long the injury will sideline the 2013 World Footballer of the Year winner. Ronaldo missed last weekend’s victory over Real Sociedad in La Liga and was kept on the bench during their 2-0 defeat to Borussia Dortmund in the Champions League on Tuesday night (Madrid advanced to the semifinals 3-2 on aggregate). He will also miss this weekend’s home match against Almeria.

The club is hopeful that the Portuguese winger will be available for the Champions League semifinals. The first legs are played on April 22 and 23.