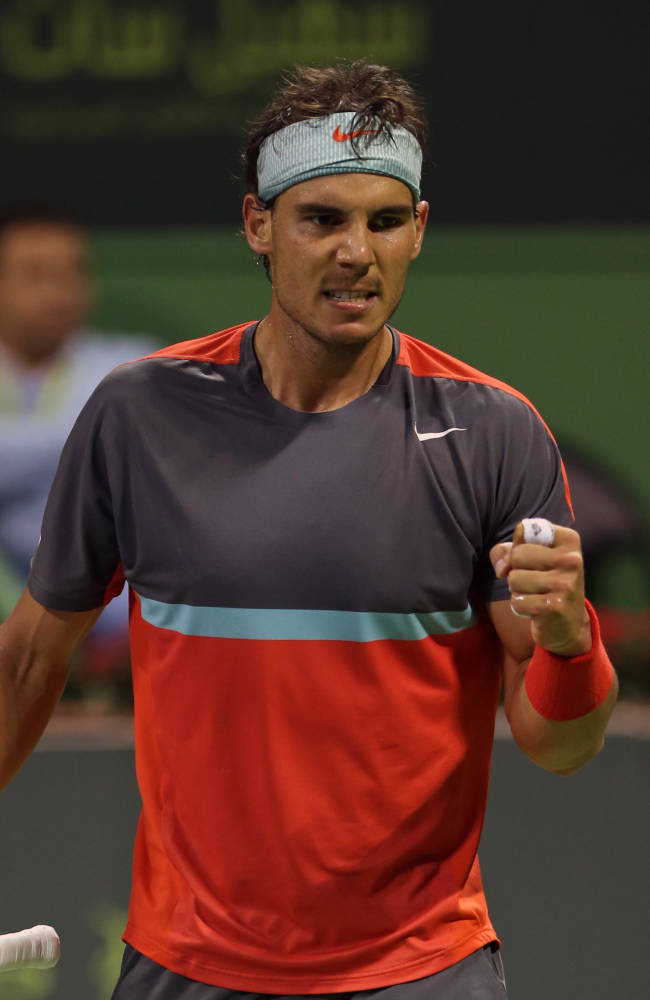 World number one Rafael Nadal got his 2014 on the right foot by claiming his 61st career title at Doha.

Nadal defeated Frenchman Gaels Monfils in three sets, 6-1, 6-7 (5), 6-2 to win his first ever Qatar Open title. Monfils had beaten Nadal at this tournament twice before (his only two victories ten previous meetings), but other than the second set was no match for the Spaniard.

The victory also extended Nadal’s lead at the top of the world rankings over Novak Djokovic, who chose not to play in any tournament this week.