It’s NCAA Tournament time, and everyone is trying to fill out their brackets and predict who will fit the glass slipper this year.  There are a few teams that could make a deep run, but it is those pesky teams that take out the high seeds early and ruin your “Billion Dollar Bracket.” At the beginning of the season, Baylor was playing horrible basketball, and look like they would be lucky to finish .500, much less make the big dance.  They ended the season strong, however, going 10-2 in their last 12 games.  They score 75 points a game, making them one of the highest scoring teams in the NCAA Tournament, while giving up around 68 points a game.  68 a game is a little high, but Baylor has a grown man in the middle named Isaiah Austin, the 7’1″ blocking machine, averaging 3.2 blocks per game.  He also has the ability to spread the floor due to the shooting range he possess.  Watch out for them to make a run to the Elite Eight.

Third round, to be exact.  In the second round they play Manhattan, which will be a walk in the park for them, but in the third round they will most likely play Saint Louis, a team that not a lot of people have seen play. They give up the same amount of points to opponents, 61, but Louisville averages 12 points more on offense.  So how can Saint Louis pull off this feat?  Saint Louis holds their opponents to a staggering 39.9% from the field.  They also play one of the slowest games in the tournament, the complete opposite of Louisville, who gets 10 steals a game and loves those fast break points.  If Saint Louis can get the game to the tempo they want, which they will, Saint Louis will win it in a close one.

St. Joe’s plays a tough team in UConn in the first round, but St. Joe’s is coming in hot, and we all know that you just need to get hot at the right time.  St. Joe’s scores 71 points game, but give up 67 points to their opposition.  Assuming they beat UConn, they would most likely play Villanova, a team that is great when they are on, but awful when they are off.  Villanova has an easy second round, so they won’t be ready for a streaking St. Joe’s team in the third round, who will catch them off guard and win, advancing them to the Sweet Sixteen. Bold Prediction #4:  Ohio State will make it to the Elite Eight:

Ohio State starts the second round versus Dayton, what should be a blowout win, leaving them to probably face Syracuse.  Syracuse has been on a steep decline, and Ohio State has a stingy defense that only allows 60 points per game. But they are not a very high scoring team, only scoring 70 points a game.  Aaron Craft is their star player, and he is known for his defense unlike most superstars.  They only have two players scoring in double digits, which is why their scoring is so low.  They would play New Mexico if everything goes according to my plan and Aaron Craft’s experience and leadership will carry them past the Lobos. 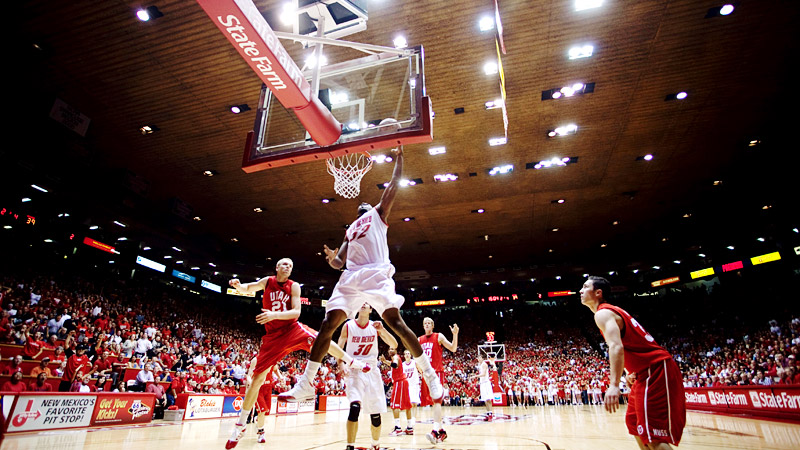 Bold Prediction #6:  Kansas loses to New Mexico in the third round

Kansas isn’t quite sure when they are getting their big man Embiid back, and when they do he will have to find his rhythm again, and this isn’t the time to be in a funk.  New Mexico is 3-3 vs top 25 teams with two wins over the fourth seed, San Diego State, and a win over Cincinnati.  Kansas has beaten the Lobos already this season, so that will give New Mexico a reason to go out there and give it their all, if they weren’t going to already.  The Lobos have three scores who are scoring over double digits, and will lead them to victory over the Jayhawks. Bold Prediction #7:  Every one seed will make the Sweet Sixteen

I repeat, every one seed will make the Sweet Sixteen.  Wichita State is a favorite to lose to Kentucky in the round of 32, but Kentucky won’t play them, because Kansas State is going to win.  UVA is hot right now and Coastal Carolina, Memphis, or George Washington don’t have what it takes to knock off the Cavaliers.  Florida is going to win the first round no doubt.  This puts them against Colorado, or Pittsburgh, both teams that play quality ball, but aren’t good enough to knock off the Gators.  Lastly Arizona.  First round vs Weber State should be a breeze, but the round of 32 may bring some trouble.  They would have to face either Gonzaga or Oklahoma State, both teams that could beat this Arizona squad, but they will fight them off to move on to the Sweet Sixteen. 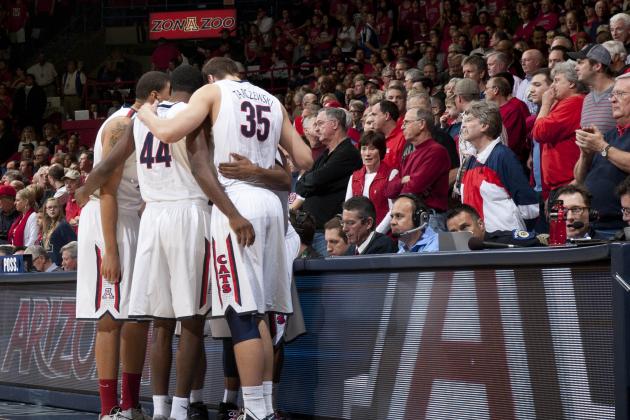 Bold Prediction #8:  Arizona is the first one seed to go down

Wichita State is the favorite to go out first, but Arizona will be the first to go.  San Diego State will be the one that knocks out the first number one seed.  They both play great offense, scoring over 70 points per game, and quality defense, not letting their opponents score over 60.  San Diego State holds the opposing team to a 38% field goal percentage, and have an average of eight steals and five blocks per game.  Xavier Thames is someone who nobody knows right now, but by the time the tournament is over, everyone will know his name, as he will lead the Aztecs to the Elite Eight. Bold Prediction #9:  Wichita State ends up with the easiest road to the Final Four

Everyone is saying that the Midwest is the hardest section of the bracket, but that is if everyone wins.  I have Louisville losing early, and Kentucky losing their first game.  Michigan will get beat by Texas.  Texas has some big wins this season, and has the ability to beat any team on any  given night.  That leaves Duke.  Parker is young and doesn’t have that experience that is needed to win it all.  They will play UMass close and may pull that one out, but then have to play the Longhorns, who will be coming off a win over Michigan, so the Blue Devil’s run will be cut short leaving Wichita State with the easiest path to the Final Four. 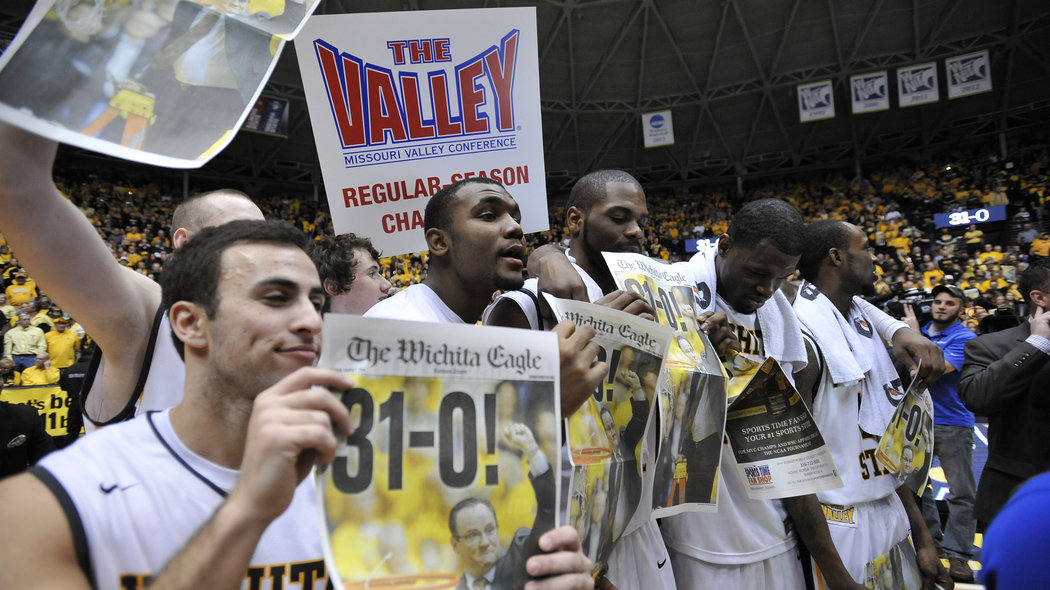 The Shockers will shock the world.  They are 34-0, and have one of the best defenses in the league giving up 60 points while scoring 76 points.  They are one of the most efficient teams in the tournament, and have the experience, with making the final four last year.  Everyone is still doubting them, even though they went through the entire year without a blemish on their record.  They have won eight straight by 14 points or more, with a 20.4 point margin.  The Shockers also have four scorers that average double digit point totals.  They are being overlooked and will make everyone pay as they win it all.