Going into the 2013-14 season, the NCAA Basketball Rules Committee made it a point to look closer at hand-check fouls during the game. In order to increase scoring, the idea has seen its fair share of debates throughout the season. While I’ll wait to see if this rule is really making an impact on scoring after more time, the NCAA may have missed its mark to increase the excitement of the game. 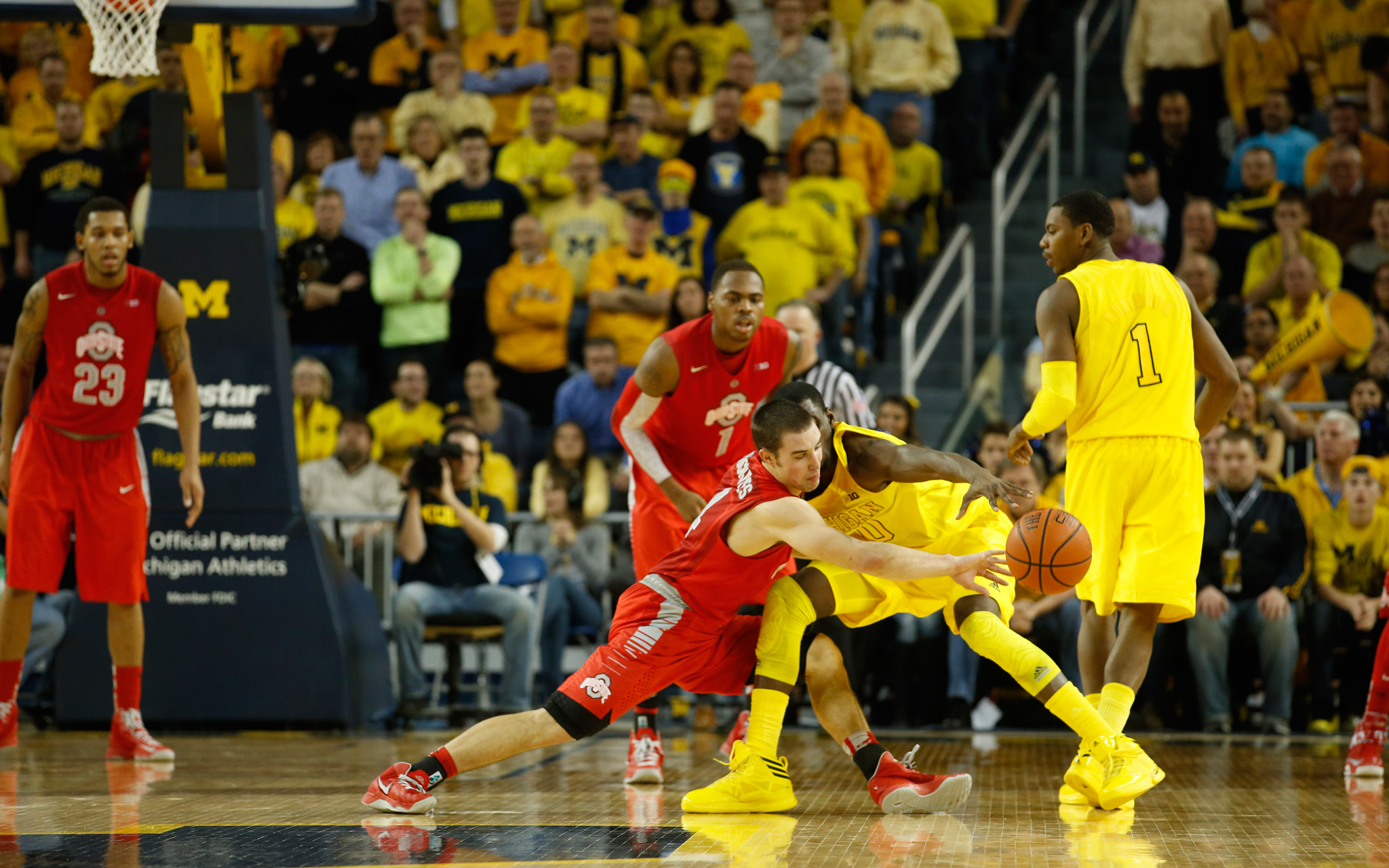 As in most sports, the level of excitement for the average college basketball fan is usually predicated on the amount of points that go up on the board. Aside from sport purists, defensive battles tend to generate less of a buzz than games that blow up the scoreboard. Very few people appreciate a pitcher’s duel or two defensive stalwarts matching up against each other, so its not surprising that when scoring started to drop in the NCAA, there needed to be a change.

Games were ending in the 30’s and 40’s, and the Committee saw this as a time to adjust the way certain fouls were called. The idea behind the rule makes sense: more fouls would lead to more players going to the free-throw line, which would then most likely cause scoring to increase. The issue with the rule change is that while scoring has a chance to increase, the pace of the game is being diminished. Possessions have a tendency to drag on because defenders can’t lay a hand on the offensive player without the increased risk of being called for a foul. With the constant stopping, the back-and-forth pace of a basketball game is getting taken away and the general excitement is going down.

I’ve found myself yelling at TV screens, hoping in vain that referees will hear my pleas of “Let them play!” The rule seems to be handcuffing certain players from using the physical style of play that many have come to love. I agree that offense drives people to watch, but taking opportunities away from defensive players takes the physicality out of the game. Even though the ideology behind the rule change is sound, the NCAA could have pursued other options to bring the excitement of the sport back up

One of the ideas that has been thrown around is decreasing the shot clock. For whatever reason, men’s college basketball has the longest clock in any of the major basketball leagues. Even the Women’s college hoops has decreased the timer to 30 seconds. Many have wondered whether the clock should be set at 24 seconds – what the NBA uses – or follow the NCAAW and go to 30 seconds. Even with this rule change, would the college game get any better?

Scoring is the biggest issue here, so decreasing the shot clock would most likely increase the number of shots taken during the game. What this would also do is increase the overall pace of games. Teams won’t be able to run off 33 seconds every possession, which means fans would get to see quicker play.

The issue with this change is that quicker does not mean better by any means. While we are seeing some great talent in the NCAA, not every player has the ability to just go and score. Forcing players to throw up shots quicker than they are used to has the chance to hurt the quality of games. Even though this may be an issue, almost any change the NCAA institutes will have a negative effect on the sport in some fashion. The hope is that even though shot selection might dip, scoring and pace will have enough of a benefit to help generate excitement. If the Committee wants to play it safe, use the 30 second clock as a trial run. If things start to improve, the 24 second shot clock could be a viable option considering that many of these players will be using that after moving on to the NBA or international play.

The NCAA Basketball Rules Committee could stick by their decision with the hand-check calls, but there is still a possibility for the league to keep scoring up. Dick Vitale was on Mike and Mike in the morning last week and mentioned the idea of increasing the number of player fouls to six before they foul out of the game. People can say what they want about Vitale’s voice and personality, but this is actually an idea that should be taken seriously by the NCAA. If they want to call more fouls, give players a chance to stay in the game. The NBA uses six player fouls, why not do the same at the college level? It would allow the big name players to stay in games longer and wouldn’t discourage teams from playing a physical game.

In my opinion, the NCAA should do a combination of all of these rules. We cover these athletes like professional players as it is. College Gameday, SportsCenter, and other ESPN affiliates have constant coverage of some of the players and teams that they are close to the status of their NBA counterparts. The amount of money generated by the NCAA Tournament every year brings us one step closer to even paying college athletes – a debate for another day. Since we basically treat players like professional athletes, why not have rules that reflect that? Give players one more foul and lower the shot clock. The way scoring has been in recent years, it can’t necessarily hurt. Making these changes would free players up and play faster, while still allowing teams that thrive in the half-court to run their offense.

The hand-check rule could very well work out after some time, but if the NCAA really wants to bring their excitement level back up, they need to look into changes that could have an immediate effect on the game.