Jose Mourinho has returned to Chelsea

Forget what you’ve heard in Madrid.

Jose Mourinho is still one of the best football managers in the world – if not the best one!

Don’t tell me that a manager who has enjoyed success wherever he went; one who has won countless trophies in different countries with different clubs (FC Porto, Chelsea, and Inter Milan); has all of a sudden lost his touch upon arriving at the Spanish capital.

Even though his time as manager of Real Madrid failed to live up to the lofty (and perhaps unrealistic) expectations, even though his final season was perhaps the worst of his career (Real did not win any trophies this year), and even with all the rifts with some of his players (in particular goalkeeper, captain, and club icon Iker Casillas), Mourinho still accomplished quite a bit during his 3-year tenure at the Santiago Bernabeu. 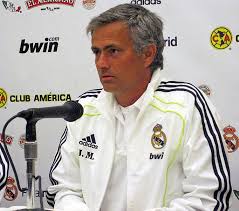 Mourinho and Real Madrid decided to separate after three seasons together

His team won the Copa del Rey during his first season as manager – over Barcelona no less – for their first trophy of any sort since 2008. He led Real Madrid to La Liga title last season – again over Barcelona, a club considered the best in the world. Otherwise Barcelona would be on a run of five consecutive league titles.

He did lead Real Madrid to the semifinals of the Champions League in all three seasons as manager. Even though he was hired with the goal of winning Real’s first Champions League trophy since 2002, it is important to note that Mourinho also led them farther than they’ve been since 2003 (from 2005-2010 Madrid were bounced from the tournament at the Round of 16 stage).

Finally, Jose Mourinho should be credited for coming up with the blueprint on how to play – and beat – the juggernaut that is Barcelona. It took him a while to figure it out of course (Real were humiliated 5-0 in Mourinho’s first meeting) but the man nicknamed “The Special One” came up with a solution. By stretching Barcelona out wide on the counterattack with speedsters Christiano Ronaldo and company going against a suspect Barca defense, Mourinho was able to turn the tide. In April 2012, Real Madrid won in Camp Nou (Barca’s home stadium) for the first time since 2008, effectively ending last year’s title race. In their last six meetings with Barcelona, Mourinho has lost just once (to go along with three wins and two draws). In this year’s Champions League semifinals, Bayern Munich used the same game plan to eliminate Barcelona. 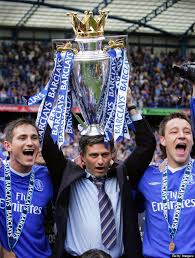 So despite what they’re saying in Spain, Mourinho has shown that he is still a great manager. His time at Madrid was merely a bump in the road. Don’t be surprised if he gets things rolling again during his second stint with Chelsea. He is coming back to a team, city (London) and a league (English Premier League) he is very familiar and comfortable with. His main competitors (Manchester United and City) are undergoing managerial changes so it’s not like he’ll be at a disadvantage the way he was when he joined Madrid. He will be a manager with a point to prove and will not be lacking in motivation.

Chelsea are hiring a special manager. But they already know that. You should too.

Forget what you’ve heard in Spain!