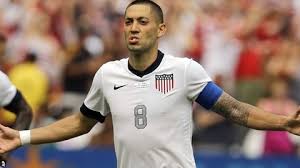 The U.S. Men’s National Team celebrated 100 years of soccer with a 4-3 victory over Germany on Sunday at RFK Stadium in the nation’s capital.

U.S. manager Jurgen Klinsman, long a proponent of attacking football, must have been satisfied with the team’s, and in particular the team’s forwards, performance against his native Germany.

Striker Jozy Altidore opened the scoring in the 13th minute with a lovely volley, and looked like the guy who scored 23 goals in the Eredivisie (Holland) than the guy who had gone 18 months without an international goal. U.S. Captain Clint Dempsey looked like the best player on the field with two goals (the second of which was an absolute beauty!).

The victory did more than just silence the criticisms. In fact the Americans were lavished with praise for beating the mighty Germans. After all, Germany is one of the best soccer nations on the planet and a legitimate contender for the 2014 World Cup.

However, I am here to say why fans of the U.S. men’s national team should not at all be excited.

First of all, let’s be honest. This was not the German national team roster that you will be seeing in the World Cup next year. This was more like a B side, maybe even a C side.

This was unlike the 2009 Confederations Cup when the U.S. team defeated Spain, the number one ranked nation in the world according to FIFA. That Spanish team had all their top players. I saw Sunday’s match on television and I only recognized two players on the German side: veterans Miroslav Klose and Lukas Podolski. I doubt that these two players will be regular starters when the World Cup rolls around.

Meanwhile many of their top players (such as Mario Gomez, Jerome Boateng, Toni Kroos, Bastian Schweinsteiger, Philipp Lahm, Thomas Muller, and Manuel Neuer) were busy playing the day before in Germany for Bayern Munich in the 2013 DFB Pokal Final, which was more of a priority than a friendly versus the United States. Clearly, Klinsman had more invested into this friendly than the opposition.

Yet even without their top players, even with the sloppy play of the young Germans (who looked to be affected by the heat), even with an own-goal that was more comedy than soccer, the U.S. ended up having to hold on for dear life after being up 4-2 (which goes to show how much work still needs to be done on their defense even on a day when their offense looked like what Klinsman promised when he first got the managerial job).

So why I understand why Alexi Lalas was so excited during ESPN’s post-game analysis on Sunday, we need to put things in its proper perspective. 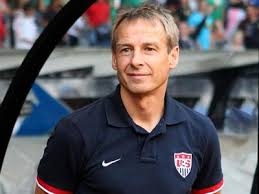 Despite the win, U.S. manager Jurgen Klinsman knows that there is still lots of work to be done

This is the same U.S. national team that got hammered by Belgium 4-2 just five days earlier. Seeing that Belgium brought more than a handful of their top players, perhaps more should be read into that match. I also watched that one, and it seemed like Belgium were toying with the Yanks.

So while Sunday’s victory may serve as a much needed confidence boost for the team going forward (they have three crucial World Cup qualifiers beginning Friday at Jamaica) we cannot look at it as anything more than that.

Let’s not make anything bigger out of this.

Barcelona to Ligue 1? The Myths of "National" Leagues: Goalmouth Reflections

The Small World of the Sports Fan