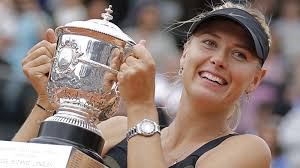 The 2013 clay court season will come to a head over the next two weeks in Paris with the 2013 French Open, the second Grand Slam tournament of the year. The tournament begins Sunday May 26th.

Unlike the men – where Nadal has had a stranglehold over this tournament – there is no clear-cut favorite. There is no dominant clay-court specialist for the women like there is for the men. In fact, the past six years have seen six different champions.

Serena Williams is considered the favorite but she has not won this Slam since 2002. Other strong candidates like Maria Sharapova (the defending champ) and Victoria Azarenka are more suited for the hard-courts than the dirt.

So in what seems like an open tournament, who do we have lifting the Coupe Suzanne Lenglen?

Serena Williams’ Quarter
Just like she did last year, Serena heads into the French Open on a roll. However, she will not want a repeat of last year when she fell in the first round of the French to Virginie Razzano (the first time in her career that she’s lost in the first round of a Slam). Serena will not take her first round opponent (Anna Tatishvili) lightly this time around. Her first test could come in the fourth round with either the Italian Roberta Vinci or the big-hitting Russian Anastasia Pavlyuchenkova (with a slight court to the Italian who should be more comfortable on clay). The opposite side of this quarter is filled with names who are really struggling right now, such as 10th-seed Caroline Wozniacki, Svetlana Kuznetsova and 8th-seed Angelique Kerber. The German Kerber has had a down year in 2013 but she loves the dirt and could shake out of her slump with a deep run.
Quarterfinals: Serena Williams vs Angelique Kerber
Winner: Serena Williams

Agnieszka Radwanska’s Quarter
Agnieszka Radwanska is the female version of David Ferrer. She is the top seed in this quarter but she’s hardly the intimidating presence like the other top seeds thanks to her lack of firepower. Moreover, she’s coming to Paris following consecutive first round ousters in Madrid and Rome. Her first round opponent, the dangerous Sahar Peer, could keep that string going. This may be the most open quarter of the draw. Venus Williams faces Agnieszka’s sister Urszula in the first round and could be bounced right away. The one name that seems to stand out in this quarter of the draw is 2012 runner up Sara Errani. The fifth seed should be able to make it at least to the quarterfinals and possible be favored over whomever her opponent may be.
Quarterfinals: Ana Ivanovic vs Sara Errani
Winner: Sara Errani

Victoria Azarenka’s Quarter
2013 Australian Open champion Azarenka has found herself in a weird quarter of the draw. At first glance it looks tough. Possible fourth round opponents include 2010 French Open champions Francesca Schiavone, her fellow Italian Flavia Panetta, and the local girl Marion Bartoli. All three women are very good on clay and should fancy their chances against the Belarusian. However none are playing anywhere near their best tennis. With that in mind, Azarenka should be expected to make it to the quarterfinals. The other top seed in this quarter is Australian Open runner up and 2011 French Open champion Li Na of China. Unfortunately she too has struggled since Australia and her performance during the clay court season is nothing to smile about.  Still she remains a threat, especially given her draw where only the 12th-seed Maria Kirilenko is the only other big name on her section of this quarter.
Quarterfinals: Li Na vs Victoria Azarenka
Winner: Victoria Azarenka

Maria Sharapova’s Quarter
Defending champion Sharapova is coming into this tournament following a withdrawal from Rome with the flu. Before that, she was a beaten finalist at Madrid to Serena – yet again. Sharapova has often said that clay is not her best surface, and compared her play on the dirt to a “cow on ice” but her victory here last year shows that she has improved (and also shows the lack of clay-court specialists in the women’s game). Her draw seems to show a smooth path to the quarterfinals as all the players with the game to worry her (in particular 7th-seed Petra Kvitova, 9th-seed Samantha Stosur, and 18th-seed Jelena Jankovic) are on the opposite side of her quarter. The player to keep an eye on is Jankovic who has had a renaissance of sorts during the clay court season and the two-time French Open semifinalist looks poise to continue her strong play in Paris.
Quarterfinals: Jelena Jankovic vs Maria Sharapova
Winner: Maria Sharapova

SEMIFINAL #1
Serena Williams vs Sara Errani
Errani is winless versus Serena in five career meetings. Being on clay should provide her with the best opportunity for victory against the top seed. The match is on Serena’s racquet. She has the monster serve and groundstrokes and if those are working than Errani does not stand much of a chance.
Winner: Serena Williams

SEMIFINAL #2
Victoria Azarenka vs Maria Sharapova
This is pretty much a toss up. Azarenka has won four of the last six matches. The two defeats? On clay! Being that the semifinals is being played on clay…
Winner: Maria Sharapova

FINAL
Serena Williams vs Maria Sharapova
The numbers do not lie. And those numbers do not favor the Russian. Serena has won the last twelve meetings (including the finals in Madrid less than two weeks ago), and thirteen of the fifteen career matches. Sharapova has only been able to win a single set in their last seven meetings. Maria has had such a tough time against Serena that in their last seven matches she’s only won one set. The matchup simply is not in her favor. Serena is the superior athlete with superior lateral movement. Serena’s strength (the serve, which is big yet accurate) takes away Maria’s (return of serve). And Maria, though a big server is as likely to serve a double-fault as she is an ace. And Serena is not only the best server in women’s tennis but perhaps its best returner as well. All this seems to point to one conclusion.
Winner: Serena Williams

Which woman will win the 2013 French Open?