David Beckham is calling it quits on his football career

David Beckham, one of the biggest names in soccer history (and perhaps its most popular), has announced his retirement.

Beckham, now 38, will officially hang up his boots at the end of the French Ligue 1 season on May 26, bringing the curtain down on a storied 20-year career.

I always found it amazing how David Beckham, even now, could be the most famous player on the planet despite not being the best player on it – at any time. I don’t even think that he was ever the best player on any of his teams (save for his time in the MLS with the LA Galaxy).

His fame had as much to do with his good looks (millions of women nodding their heads in agreement), his commercial appeal, and his marriage to former Spice Girl member Victoria Adams (aka Posh Spice). 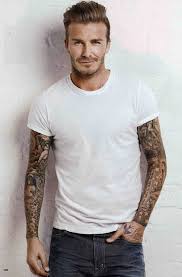 Beckham was known for his good looks, commercial appeal, and celebrity lifestyle as much as he was for his exploits on the field

But even as he became more off-field celebrity than on-field star (some of Beckham’s  friends include Tom Cruise, Gordon Ramsay and Snoop Dogg), even as his endorsement earnings far exceeded his earnings on the field, he never lost that love for the game. He gave it 110% in every match, and his teams won wherever he played (ten league titles in four different countries).

Beckham was never the most naturally gifted player of his generation. Other players were such as Ronaldo, Zinedine Zidane, Luis Figo, Rivaldo, or even English compatriots such as Paul Gascoigne, Paul Scholes, Alan Shearer, Michael Owens and Wayne Rooney.

What he did have was a right foot that could deliver crosses with pin-point accuracy, the ability to bend the ball around walls on free kicks, and a tireless work ethic. Unlike some of those more talented players, he extracted every ounce of talent he possessed over his entire career.

Nowhere was that more evident than for the English national team where he appeared in 115 matches (from 1996 – 2010) including 58 as Captain. There he experienced some of the highest (the free kick that qualified England for the 2002 World Cup against Greece) and lowest (the red card against Argentina in the 1998 World Cup that resulted in a loss and Beckham being vilified by many as the culprit) moments of his career. 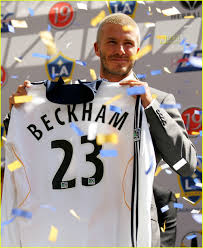 Beckham joins the LA Galaxy in 2007, immediately rasing MLS profile in US sports

One of the boldest moves in his career was his decision to join Major League Soccer in the United States in an effort to raise the profile of his sport in the country in 2007 and although he may not have fully accomplished his mission (I still believe that had he been able to play that first season when interest was at its peak things would have been better) he did more for the sport than any other footballer could’ve.

Some of his notable on-field achievements include:

Quite a remarkable career.

Thanks for the memories Becks!

The Stigma of Small-Markets and MLS Expansion