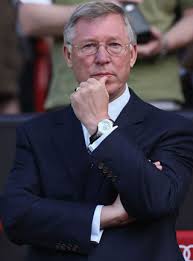 If it is indeed true that Sir Alex Ferguson will be stepping down as manager of Manchester United at the end of this season then I’ve got two words:

I remember when Sir Alex Ferguson took over United back on November 1986. Back then I was (and still am) a huge Liverpool supporter.

Some might be too young to remember, but in those days Liverpool FC were the Manchester United of English football. They were the ones winning league and/or Cup titles seemingly every year. Meanwhile United were struggling, having gone twenty years without a league title. I remember one of Ferguson’s goals (perhaps the main goal) upon his hire was for United to replace Liverpool as the dominant club in English football.

Today, United are one of those teams (like the New York Yankees in baseball or Duke in college basketball) that are defined by winning. They are one of the clubs that are adored by their fans and hated – yet deep down respected – by everyone else (including yours truly). And that has been almost entirely due to one man.

Fergie with Eric Cantona in 1992. Cantona is arguably the greatest signing of the Ferguson era.

There is no debating Sir Alex Ferguson is the greatest manager in English football history.

He is a great team builder, having meshed players coming from the youth ranks (such as Ryan Giggs, David Beckham, Gary Neville, and Paul Scholes) with schrewd signings (Eric Cantona, Roy Keane, Ruud van Nistelrooy, Christiano Ronaldo, Wayne Rooney, and Robin van Persie) over the years. Yet even with all those names and all that talent, no one player was bigger than the club because everyone knew that there was only one boss. And it was either his way or the highway!

He is also a great strategists and master motivator. And with all the winning, he has built a mystique and aura about the club where even when they may not be the most talented (see today’s big money spenders Chelsea and Manchester City) they are still the most dangerous.

Ferguson is also responsible for the success of the club financially as Manchester United are one of the richest franchises in sports (not just football).

Even with all my contempt for Ferguson and for United (thanks to them, my Liverpool are now the club with the 20-plus years and counting title drought) there is also a tremendous amount of respect. What he has accomplished during his reign will never ever be duplicated in football. Ever! His will be a tough act to follow no matter who the next manager (David Moyes? Jose Mourinho?) happens to be.

This is truly the end of an era. So with a tip of the hat I say….