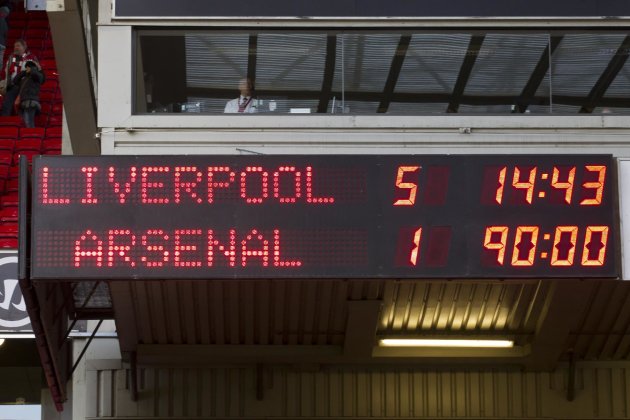 I doubt anyone will continue to take Brendan Rodgers seriously now.

Following a disappointing loss to West Brom Albion less than a week ago, the Liverpool manager declared that his side out of the title race and focused solely on securing fourth place – and Champions League qualification for the next season.

Rodgers, in only his second year in charge at Anfield, reasoned that it was still too early to expect his men to compete for a title and that unlike the other contenders such as Chelsea, Manchester City and Arsenal, his club is not yet a finished product. He pointed at next season, rather than this one, as a time when he thinks his side will be ready to compete along with the upper-echelon clubs.

In my opinion this was not a case of a manager engaging in some sort of psychological mind game in an effort of taking the pressure of winning a title off his squad (if you are looking for such, then I suggest you go listen to Jose Mourinho at Chelsea). It was simply a manager who realizes that, though his club is improving, still has a ways to go.

But following their 5-1 obliteration of Arsenal at home on Saturday, perhaps it is time for Rodgers to reassess his club’s chances this season.

Liverpool started Saturday’s showdown against Arsenal eight points back of the North London club (the Gunners were the league leaders up to that point). A loss by Liverpool would have seen them fall eleven points back and surely out of the title race.

But the result today was more than just three points. It served notice that Liverpool has made this season a four-team race, and a side that should be taken seriously as Premier League title contenders this season. To completely take apart a club such as Arsenal in the manner that they did (scoring four times in the first 20 minutes) is as big a statement that one can make.

This is not to say that Liverpool can actually win the title this season. The back line is not as strong as the top three clubs and are capable of committing gaffes that can cost valuable points (such as Kolo Toure’s blunder against WBA). Liverpool is incapable of defending a one-goal lead in the second half of matches because of their defense and rely heavily on their offense to build huge leads that opponents cannot come back from. Liverpool also does not possess the strength in depth that both Chelsea and Manchester City (two clubs with tons of wealth) have at this moment, which was one of the reasons why Rodgers did not think his side were capable of being champions this season. An injury to Luis Suarez would be catastrophic for Rodgers’ boys.

However Liverpool should not be dismissed as title contenders either. The Reds are only six points back of Chelsea with 13 league matches remaining in the season. Of those 13 matches, two are at home against Chelsea and Manchester City – and if Liverpool has shown us anything this season, it is that they are devastating at home. And while Chelsea, City and Arsenal all still have the Champions League to worry about over the next month or more, Liverpool can focus solely on the Premier League.

Eleven months ago, I wrote how optimistic I was about Liverpool’s future. I even predicted a top four finish as a reasonable goal for the 2013-2014 season. However, given their current situation, perhaps it’s time to dream a little bigger.