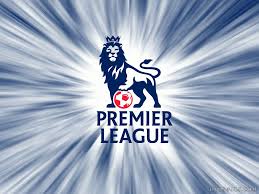 PREVIEW: Back in August – the second week of the season – Chelsea travelled to Old Trafford and left Manchester with a goalless draw in a early meeting between title contenders. But while Chelsea has remained in the Premier League hunt all season long (currently in third place and two points behind Arsenal), Manchester United have struggled by their standards, stuck in seventh place. Can David Moyes and his men go into London and turn their season around with a big win against their rivals? Or will Chelsea leave United fans with even more misery?

MANAGERS: As much as we don’t place much of the blame on David Moyes for United’s struggles, he needs to stop acting like he’s still at Everton. You are managing Goliath now, not David! Jose Mourinho does not have that problem. He loves managing the giant clubs. But credit the Portuguese for taking a roster laden with talent, but not necessarily built in his image, and having them within a whisker of the league lead. Any doubt that “The Special One” will be motivated to show United that they made a mistake selecting Moyes over him to succeed Sir Alex Ferguson?
Advantage: Chelsea

FORWARDS: Were we certain that both Wayne Rooney and Robin van Persie were available for this weekend, the easy pick would be Manchester United. Unfortunately both have been ruled out for this match due to injury. Even despite the missed matches, the duo have 16 league goals between them – which is twice as many as Fernando Torres, Samuel Eto’o and Demba Ba combined! Yet even without Rooney and Van Persie, we’re giving United the edge. Why? Because Danny Welbeck has stepped up in their absence with eight league goals (and six goals in ten matches).
Advantage: Manchester United

MIDFIELDERS: There should be very little debate here. Chelsea has arguably the best collection of midfielders in the Premier League. Eden Hazard is playing out of his mind and has shown that he’s one of the top five players in the league. And Mourinho has great depth here with Oscar, Willian, Ramires, Frank Lampard and Juan Mata (who seems to be getting out of the manager’s doghouse). There is little that we love about United’s midfield outside of the ascension of 18-year old Belgian winger Adnan Januzaj. He has a chance to become a special player.
Advantage: Chelsea

DEFENDERS: We’ve criticized United’s midfield several times in the past (see here for example) but United’s defense is becoming just as disappointing. How is that possible, given that United has only allowed just five more goals than Chelsea? The eye test! The performances of certain players such as Rio Ferdinard (who looks like he’s nearing the end of his playing career), Patrice Evra, and the oft-injured Nemanja Vidic have left us wondering if any of them will be back at Old Trafford next season. Chelsea, on the other hand, has been one of the best defensive clubs this season (tied for the league lead in fewest goals allowed with 19).
Advantage: Chelsea 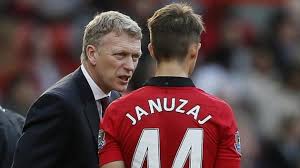 X-FACTORS: Let’s go with the aforementioned Adnan Januzaj as the x-factor for Manchester United. Someone has to step up in the absence of Rooney and Van Persie, and the teenager is frankly the most talented player on the club. Can he put the rest of the club on his young shoulders come Sunday? He certainly does not lack the talent to do so! For Chelsea, our x-factor is another midfielder, Willian. The Brazilian has gained more playing time under Mourinho and as his play has continued to improve, so has his confidence.
Advantage: Manchester United

PREDICTION: Last time these two clubs played at Old Trafford Mourinho went into the match with a conservative gameplan, clearly being for the draw. This time, at Stamford Bridge, we believe “The Special One” will let go of the reins and let his guys play. The Chelsea midfield will dominate this match and Eden Hazard will show why we think of one as one of the top five players in the Premiership. United will be without their top two players (Rooney and Van Persie) on Sunday and we believe they will be sorely missed!