PREVIEW
Novak Djokovic is the three-time defending champion at the Australian Open and if one has to choose a favorite for this year’s tournament it would be him. And after observing the men’s draw for the 2014 Australian Open one should feel even more comfortable picking Nole.

The other top seeds in the Serbian’s half of the draw are David Ferrer, Tomas Berdych and Stan Wawarinka, guys he has handled throughout his career (though Wawrinka did take him to five sets at the U.S. Open semifinals) – not one Grand Slam winner among them. It is a far less favorable draw for world number one  Rafael Nadal, who has Roger Federer, Andy Murray, Juan Martin del Potro, and Jo-Wilfried Tsonga all lurking in his half. It is quite possible that to get to Djokovic in the final, Nadal may have to go through Del Potro in the quarterfinals and then Federer in the semifinals. Ouch!

So can Djokovic take advantage of this fortunate draw all the way to a fifth Australian Open title? Is Nadal up to the challenge that the draw has placed before him? Can Roger Federer get his mojo back Down Under? How healthy is Andy Murray? And of course is there any player outside “The Big Four” capable of winning it all? 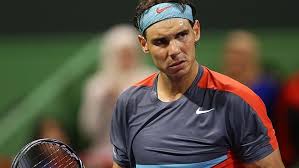 Rafael Nadal’s Quarter
The world number gets a tough assignment off the bat as he faces home favorite Bernard Tomic. The 21-year old Australian (who lost in the final at Syndey to Del Potro a couple of days ago) is a very talented and dangerous opponent who will have the home crowd fully behind him. A very early test for Nadal, but one that he should be able to handle. In the third round he should meet French Gaels Monfils, who played him well in the final of the Qatar Open; followed by Brisbane Open champion Lleyton Hewitt (another Australian) in the fourth round. The other top seed in the group is the big Argentine Juan Martin del Potro who has a easier path to the quarterfinals. One match up worth to look forward to here is a potential third-round match between youngsters Grigor Dimitrov and Milos Raonic, with the winner most likely getting Del Potro in the following round. Though it would surprise no one to see Del Potro emerge as the winner of this quarter of the draw, how can one go against the indomitable will of Nadal?
Quarterfinal: Rafael Nadal vs Juan Martin del Potro
Winner: Rafael Nadal 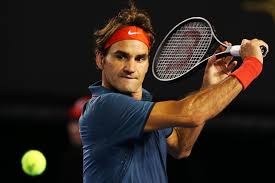 Andy Murray’s Quarter
How healthy is Murray? This is his second tournament since having back surgery after the U.S. Open and he didn’t fare too well in his first. However his draw should allow him to play his way into shape as he advances through the first three rounds. The fourth round opponent looks like it will be the big-serving American John Isner whose path looks just as easy as Murray’s. Murray should be somewhere near his best form by then, and his defense and movement will neutralise the Isner’s power game and allow him to advance to the quarterfinals. The other top seed in this is of course Roger Federer. The Swiss is seeded sixth here at Melbourne, but looks to be putting his 2013 slump behind him. He looked good for the most part at Brisbane when he made the final there. He will have his eye however on the tenth seed, Jo-Wilfried Tsonga. Federer defeated the Frenchman in five sets here last year, but Tsonga has had some success over the Swiss the last few years. However, like Murray, there are questions concerning Tsonga’s fitness coming into the tournament as he’s not been the same player since injurying his leg at Wimbledon. Look for Federer, the healthiest of the three big names, to take advantage here.
Quarterfinals: Andy Murray vs Roger Federer
Winner: Roger Federer

David Ferrer’s Quarter
The good news for the third seed is that he has probably the easiest quarter of the draw – he was lucky enough to avoid both Roger Federer and Juan Martin del Potro in his quarter. The bad news is that he has been struggling recently, and we fear his slump will carry over into the first Grand Slam of the year. In fact, had Jerzy Janowicz not come into this tournament with some injury concerns he might have well be the quarterfinalist here instead of Ferrer. The Spanish number two will make the quarterfinals, but that’s where his tournament will end as the other top seed Tomas Berdych (whose path to the quarterfinals looks even easier) will use his power game to overwhelm the diminutive Spaniard.
Quarterfinal: David Ferrer vs Tomas Berdych
Winner: Tomas Berdych

Novak Djokovic’s Quarter
How big was the smile on Djokovic’s face as he analysed his draw? Nadal, Murray, Del Potro and Federer are all on the opposite half of the draw. The other top seed on his half is the aforementioned Ferrer, whose game has been under par. Even in his quarter of the draw the news continue to be good, as the next two highest seeded players in his quarter (Stan Wawrinka and Richard Gasquet) are on the opposite side. So pencil in Djokovic in the quarterfinal. His opponent? We’re taking Wawrinka whose game looks steadier both physically and mentally over Gasquet. At the U.S. Open semifinal it took Djokovic five sets to beat the Swiss number two. This meeting should be another slugfest, but the outcome will be no different.
Quarterfinal: Novak Djokovic vs Stan Wawrinka
Winner: Novak Djokovic

Rafael Nadal vs Roger Federer
Nadal has dominated this rivalry (22-10 lifetime), there is no getting around that. The Spaniard is just a terrible matchup for Federer, because of his ability to break down the Swiss’ backhand. This has created a psychological advantage for Nadal, who seemingly goes into these matches with a set in hand before the first ball is struck. Plus, one has to wonder what the 32-year old Federer will have left in the tank following a tough quarterfinal against Murray.
Winner: Rafael Nadal

Novak Djokovic vs Tomas Berdych
The good news keep on rolling for Djokovic. Instead of facing Roger Federer, he gets Berdych. Djokovic has a 15-2 record versus the Czech. Not much more needs to be said.
Winner: Novak Djokovic

FINALS
Rafael Nadal vs Novak Djokovic
When Djokovic was dominating this matchup in 2011, it forced Nadal to make adjustments to his game. He decided to come closer to the baseline in an attempt to take more control of the rallies. He also started flattening out his forehands during rallies and he beefed up both his serve and his return of serve. The adjustments worked and Nadal regained the upper hand in the rivalry the last two years. But ever since his defeat to Nadal at the U.S. Open final, Djokovic has turned it up. He’s not lost a match since then, and that includes two victories over the world number one. Djokovic is playing the best tennis of anyone at the moment. He is still the best player and hard courts and he has a 21-match winning streak (coming into this year’s tournament) here. Look for the Djoker to make it a fourth consecutive title.
Champion: Novak Djokovic

Who will be the 2014 Australian Open men's champion?