PREVIEW
Victoria Azarenka is the two-time defending Australian Open and is arguably the best player on the hard-court on tour. Yet, she (as well as the rest of the field) are big underdogs to Serena, who has not won this particular tournament since 2010 – which means that Serena should be coming to Melbourne motivated to get her hands on that trophy. The news that the courts this year are supposedly playing faster than ever before also gives her another advantage thanks to her power game, particularly her serves.

Win or lose Serena will be the talk of the tournament, such is her dominance at the moment. But Azarenka has shown that she is unafraid of the world’s number one player and is capable of beating her. Other than that, it is tough to see anyone else derailing Serena (although the same thing was said last year before her shocking defeat to Sloane Stephens in the quarterfinals).

So is the women’s side of the Australian Open a foregone conclusion? Can the two-time defending champion take all the Serena talk as extra motivation to claim her third Slam? Or any someone else in the women’s draw make a run?

Serena Williams’ Quarter
Serena begins her tournament against a local prospect named Ashleigh Barry, which should interest the home fans. She should take care of business rather handily, and looking at this quarter, it is tough finding someone who can pose a serious threat to the top seed. Daniela Hantuchova (a possible third round opponent) runs too hot and cold, Ana Ivanovic (who defeated Venus in the Auckland finals last week) is too shaky mentality, and the Sara Errani, the other top seed in this section, simply lacks the power in her game to trouble Serena (does anyone recalled the beat down that Serena laid on Errani at the French Open?). However if forced to choose someone, how about another local favorite Samantha Stosur, who has had some success in the past against the American? But who are we kidding!
Quarterfinal: Serena Williams vs Sara Errani
Winner: Serena Williams 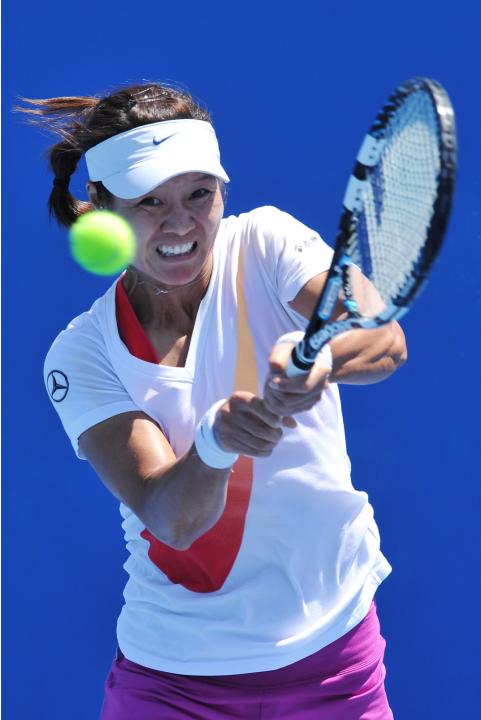 Li Na’s Quarter
This could be the year for Li Na. China’s best player always seem to do well Down Under, having made the finals here twice. She is coming into the 2014 Australian Open following a very consistent 2013 (kudos to coach Carlos Rodriguez) and she’s seeded fourth – the highest she’s ever been seeded for a Grand Slam. Her draw though may be trickier than most may think. Sabine Lisicki in the fourth draw could be interesting, except for the fact that this isn’t Wimbledon, the one Slam where Lisicki performs best. How bout Venus in the fourth round? The elder Williams sister looks healthy and did well in making the finals at Auckland last week) but hasn’t been this far in a Grand Slam for a long time due to injuries. On the opposite side of this draw, sixth seed Petra Kvitova should advance comfortably to the quarterfinals if she can keep her confidence and her focus. The feeling is that she will – before falling to the steadier Li Na.
Quarterfinal: Li Na vs Petra Kvitova
Winner: Li Na

Maria Sharapova’s Quarter
Sharapova showed at Brisbane last week that she is fully recovered from shoulder surgery, making it all the way to the semifinal before falling yet again to Serena Williams. The other top seed in this group, eighth seed Jelena Jankovic also made the semifinals at Brisbane, so both women will enter this tournament feeling confident that they can make a deep run – if not win it all. Know what else both will feel? Elation about their draw. This is definitely the easiest of the four quarters, so anything other than a Sharapova vs. Jankovic quarterfinal would be a shock. Jankovic definitely has the ability to take out Sharapova if she gets the chance, thanks to her superior movement and defense. But if these courts are indeed playing fast this year, Sharapova’s power will be what determines the match.
Quarterfinal: Maria Sharapova vs Jelena Jankovic
Winner: Maria Sharapova Victoria Azarenka’s Quarter
Got to believe that the two-time defending champion is coming into this year’s title defense with a bit of a chip on her shoulder, given that so many folks are already handing the trophy to Serena. Twice at the U.S. Open final she took Williams to a third set only to watch the American celebrating at the end. Last week at Brisbane she gave fell again to Serena in the final, this time in two tough sets. No matter the case Vika still believes she can topple the world’s best player and she will definitely be looking forward to an opportunity here at Melbourne. She should cruise through the first three rounds. Possible fourth round opponents include veteran Svetlana Kuznetsova and last year’s semifinalist Sloane Stephens. Stephens always seem to get up for the Slams and so she gets the nod over Kuznetsova. However, just like last year’s semifinal look for Azarenka to emerge victorious. The other top seed in this group, Agnieska Radwanska should have a easier path to the quarterfinals but she has never really had any success here. Keep an eye on the tenth-seeded (and recently engaged) Caroline Wozniacki here.
Quarterfinal: Victoria Azarenka vs Caroline Wozniacki
Winner: Victoria Azarenka

Serena Williams vs. Li Na
Don’t underestimate Li Na as she goes up against Serena in this one! The Chinese usually plays Serena very tough. She is capable of exchanging massive groundstrokes with the world number one and loves it when there is pace on the ball. If she is hitting the ball well, she can pull off the upset. Serena will have to serve well and play steady tennis as Na can pile up the unforced errors because of her aggressive play. She may have to weather the storm at some point of this match but in the end should come through victorious.
Winner: Serena Williams

Maria Sharapova vs Victoria Azarenka
These players are in many ways very similar to each other. Besides the grunting, both are intense, mentally tough players who will fight until the end. This should be a tense three-setter. Sharapova will have to serve well (especially on second serve) and win some cheap points, because the longer the rallies go, the more the point favors Azarenka who is a better mover on the court (even more so when doing so laterally) and hits the ball cleaner.
Winner: Victoria Azarenka

FINAL
Serena Williams vs Victoria Azarenka
Probably what most folks would want here and definitely the final that most will be expecting. With a victory Azarenka will complete an Aussie Open three-peat. All she has to do is to beat the best player in the game. But that’s a challenge the two-time defending champion will be up for. Their recent meetings have been tough contests, usually a three-set marathon. This time will be no different. And like most of these contests, it will be Serena left standing at the end with joy – and relief – on her face
Champion: Serena Williams

Who will be the 2014 Australian Open women's champion?