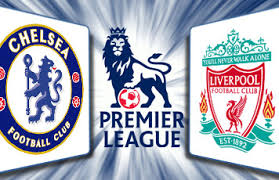 PREVIEW: Is it safe to say that this has been one of the tightest Premier League seasons in a very long time? Currently only five points separate the top five clubs in the table (and that list excludes last season’s champions Manchester United). Two of these clubs however are featured in our match of the week as Liverpool (whose lead atop the Premier League lasted three days) travel to Stamford Bridge to do battle with host Chelsea.

MANAGERS: So why are we giving the edge to Jose Mourinho besides the outstanding work that Brendan Rodgers has done since becoming Liverpool manager? It’s not just the resume or the big-match experience. It’s because unlike Rodgers, Mourinho has had Chelsea in contention despite having a club that is not built to his image. These are not Mourinho’s players, and this Chelsea club is more of a finesse club that the physical defense-oriented clubs that “The Special One” prefers. His ability to adapt is what makes him the great manager that he is.
Advantage: Chelsea

FORWARDS: What would Chelsea be like if they had a forward like Luis Suarez, whose 19 league goals (in just 13 Premier League matches) are more than Fernando Torres, Samuel Eto’o, Demba Ba and Andre Schurrle combined? Or rather what would they be had they kept Daniel Sturridge whose nine league goals are one more than the Chelsea quartet? Mind you that Sturridge has not played since his appearance as a substitute in the Merseyside derby about a month ago. You see where we are going with this, don’t you?
Advantage: Liverpool

MIDFIELDERS: Remember our comments when we compared Liverpool’s midfield with Manchester City’s in our Boxing Day edition? Well you can substitute City for Chelsea and the line of thinking would be the same. Chelsea’s midfield is that good. What more theirs is the top goal-scoring midfield in the league thanks in large part to the trio of Eden Hazard, Oscar, Frank Lampard who have 16 league goals between them.
Advantage: Chelsea

DEFENDERS: We’re taking Chelsea’s depth and experience over Liverpool here. John Terry continues to be a rock in central defense and alongside Gary Cahill have formed a strong defense up the middle. It allows Chelsea to soak in pressure from the opposition before hitting them on the counter – the style of football prefered by their manager. Chelsea’s defense should also be boosted by the return of Ashley Cole to the starting eleven.
Advantage: Chelsea

GOALKEEPERS: His gaffe against Manchester City on Boxing Day notwithstanding, Simon Mignolet has been pretty solid during his first season as Liverpool’s goalkeeper. But we’re not giving him the advantage over Petr Cech, one of the best in the world.
Advantage: Chelsea 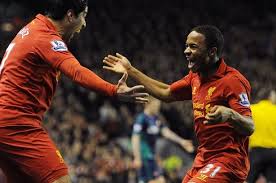 X-FACTORS: Our X-factor for Liverpool is Raheem Sterling. The Reds cannot just really on Suarez alone against Chelsea’s defense, and with Sturridge out injured, someone else is going to have to provide some punch on offense. The 19-year old winger has been playing well as of late and his pace could present a problem for Chelsea at the back. For Chelsea, we are going with the fixture. Not only did Chelsea have a more comfortable match on Wednesday, but because that match was at home it means that Chelsea will not have to travel. Liverpool on the other hand had to travel to Manchester for a hard-fought match against City. Now they have to travel four days later to London for another difficult match. That could play in Chelsea’s favor.
Advantage: Chelsea

PREDICTION: We are buying stock in Liverpool as title contenders this season. Many have been waiting for the Reds to fall back down to earth, but they continue to maintain their place at or near the top of the league. We were impressed with their performance at Manchester City on Boxing Day. City have been blowing opponents away at Etihad Stadium but had a battle for a 2-1 victory over Liverpool, who had  opportunities to escape with a draw. However, this is a tough stretch for the Merseysiders with two difficult matches on the road in less than a week. Chelsea will employ Terry and Cahill to keep Suarez quiet for most of the match the way Vincent Kompany was able to do so for City – by being very physical with the Uruguayan. Chelsea also possess attacking players with pace, the types that seem to give Liverpool defenders fits. Liverpool will manage to keep this match competitive, but with a club that is short-handed (thanks to injuries) playing consecutive tough contests in four days we don’t fancy their chances of grabbing a positive result.