PREVIEW: For the third week in a row Arsenal is featured on our EPL Match of the Week. This is the first time that one club has been involved in our feature match for three consecutive weeks, and though we are usually against doing such a thing we found it very difficult to do so in this case. That’s because this is more than just a London derby between the city’s two biggest clubs. This is essentially a battle for first place in the Barclay’s Premier League, as only two points separate the two clubs. So can Arsenal maintain their lead at the top of table, or will Chelsea emerge as the new leader of the pack? To be determined on Monday night at the Emirates Stadium.

MANAGERS: Even though these are two of the best managers in the world, both came into this season with something to prove. Arsenal have not won a trophy of any sort in over eight years, and the public pressure against Arsene Wenger have been mounting. Meanwhile Jose Mourinho returned to Chelsea after three difficult seasons as manager of Real Madrid, looking to recover some of that “special” luster. As evidenced by their club’s standings thus far, it’s safe to assume that both men are doing a marvellous job this season. This one is too close to call!
Advantage: None 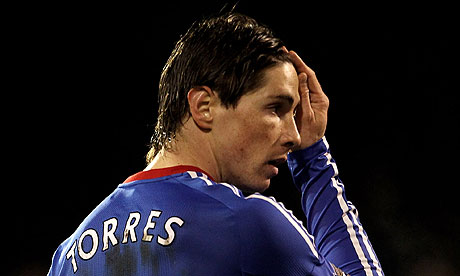 FORWARDS: Both Chelsea and Arsenal should be disappointed by the play of their forwards this season. However Chelsea has been more disappointing when you look at the names on the club. Fernando Torres has to be the biggest disappointment of all with just two league goals. When will he ever recapture that magic he had at Liverpool? That he is the top goal-scoring forward should indicate how inept the forwards have been for the Blues. At least Arsenal has a somewhat consistent threat upfront in Olivier Giroud who has more than three times as many goals (seven) as Torres.
Advantage: Arsenal

MIDFIELDERS: Along with Manchester City, these are the best collection of midfielders in the Premier League. However it should be noted that Arsenal will be without Jack Wilshere who will be serving the first of a two-match ban for his one-finger salute to the fans during last week’s loss to Manchester City. The Arsenal trio of Wilshere, Aaron Ramsey and Mesut Ozil have been operating in synchrony ever since Ozil’s arrival from Madrid and it bears watching how Wilshere’s absence will affect Arsenal. Whoever takes his place (be it Mathieu Flamini, Tomas Rosicky or our pick Mikel Arteta) is going to have to step up!
Advantage: Chelsea

DEFENDERS: Two of the better clubs when it comes to conceding goals (Chelsea has allowed just one more goal than Arsenal thus far this season). However, the news is that Mourinho will bench leftback Ashley Cole for the London derby for attending Arsenal’s Christmas party earlier in the week (Cole is an ex-Gunner). Instead Cesar Azpilicueta will start in Cole’s place. How will this affect Chelsea?
Advantage: Arsenal

GOALKEEPER: Not much of a contest here. We like Wojciech Szczesny and we believe that he has a very bright future, but Petr Cech is one of the top keepers in the world.
Advantage: Chelsea

X-FACTORS: The obvious choices for both clubs would be Mikel Arteta for Arsenal and Cesar Azpilicueta. Both men are replacing players that have some big contributors to the success of their clubs. Can Arteta blend with Ozil and Ramsey to keep Arsenal’s midfield (the strength of the club) humming along against an equally talented midfield? Will Azpilicueta be able to hold his own defensively against Arsenal’s wingers, and will he be given the opportunity to play forward when Chelsea has the ball on offense the way Ashley Cole would be if he was playing?
Advantage: None

PREDICTION: This is definitely a toss up match. Perhaps a slight edge should go to Arsenal being that the match is at Emirates Stadium, but bear in mind that this is their third consecutive league match against quality opponents. Our feeling is that both sides will be extra cautious in this one (in particular Chelsea). Neither club wants to make that costly error that would give its opponent the match. So in a match that we believe both clubs will play not to lose rather than to win, the prediction is that neither side wins or loses.