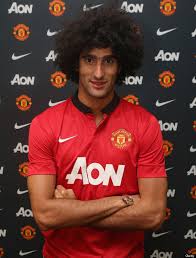 Manchester United has not looked like a title contender thus far in the 2013-2014 Premier League season.

Take a look at their current roster and you’ll find that outside of strikers Wayne Rooney and Robin van Persie, there isn’t much (if any) world class talent present. Sir Alex Ferguson was able to camouflage this flaw in personnel last season on his way to yet another league title (which goes to show his brilliance as a manager). This season it has become exposed under new manager David Moyes.

Where this hurts the most is in midfield. Where is that dynamic playmaker(s) capable of dictating play? Ryan Giggs is 40-years old. Nani has been inconsistent for his entire career with the club. Other players like Antonio Valencia, Anderson, Michael Carrick, Ashley Young, Tom Cleverly, and Darren Fletcher are solid but unspectacular. Youngster Adnan Januzaj provided a brief spark but is still unproven. Shinji Kagawa has yet to consistently flash the form he had with former club Borussia Dortmund. United tried to acquire Mesut Ozil when he was available, United settled instead for Marouane Fellaini. One just have to look at yesterday’s results as a sample of which player has had the greater impact. For while Ozil was in inspiring form for league leaders Arsenal (including a goal scored) during their 2-0 victory over Hull City at home, Fellaini’s performance was woeful as United fell at home to Everton 1-0 – Everton’s first league victory at Old Trafford in 21 visits! 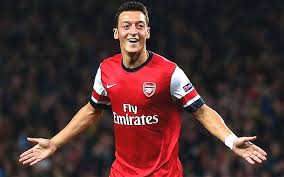 For a club as rich in both history and resources as Manchester United, one should expect more. The midfield is no where near the talent level as other Premier League contenders such as Manchester City (David Silva, Yaya Toure), Chelsea (Juan Mata, Eden Hazard, Oscar), or Arsenal (Mesut Ozil, Aaron Ramsey, Jack Wilshere).

Many of the top clubs in Europe feature world class, technically gifted midfielders that can maintain possession and dictate play. It is a major reason why United have struggled in the latter stages of the Champions League when facing clubs like Real Madrid, Barcelona, and Bayern Munich the past few seasons. Now in the Premier League other clubs are becoming more confident when facing United because they know they can dominate possession of the ball. By doing so the chances of getting a positive result increases for them. 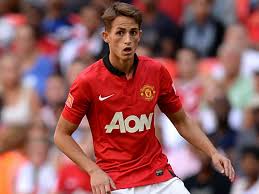 18-year old Adnan Januzaj has been a bright spot for United (Skysports.com)

It is time for Manchester United to provide their midfield with a face-lift if they want to contend this season and beyond. Maybe they should look at acquiring some young talent from some of the smaller clubs in England like Ross Barkley (Everton), or Adam Lallana (Southampton). Or maybe they should target someone from Europe such as Marco Reus (Borussia Dortmund), Ever Banega (Valencia) or Ander Herrera (Athletico Bilbao). They also need to play more Januzaj more. The 18-year old winger once again showed great pace, skill, imagination and energy against Everton last night and frankly looked like the best player on the pitch wearing a red jersey.

The January transfer window is fast approaching. Something needs to be done then. Otherwise David Moyes’ claim that his side are still title contenders will be nothing more than blind optimism from a desperate manager.