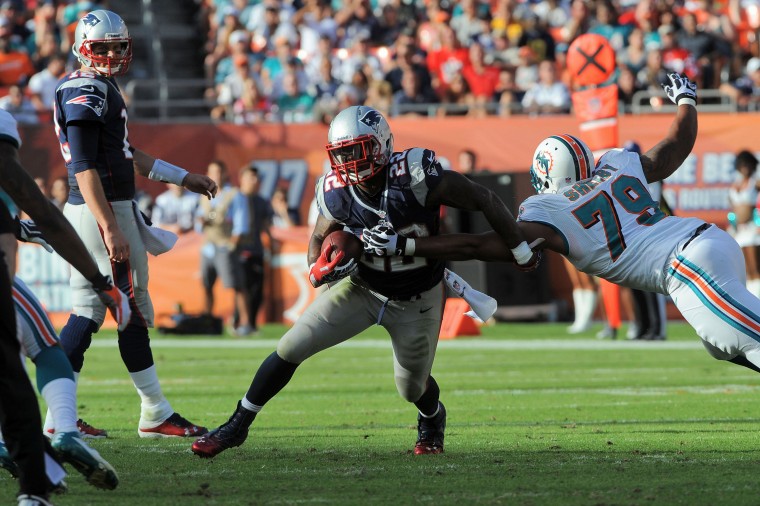 Miami: The Dolphins are coming off another loss after a 3-0 start. The key to the game for Miami is to stop the Patriots passing game. This year Tom Brady doesn’t have all the great wide receivers options he benefited from in the past, none the less, he is finding a way to win. Also, with the return of Rob Gronkowski, Miami is going to have to find a way to stop Brady. Gronk will be a favorite target of Brady’s and the Dolphins may need to provide double coverage on Gronk to stop him. In addition, the Dolphins should focus on moving Brady around in the pocket and bring blitzes early to ensure he can’t get comfortable in the pocket.

New England: The Patriots found themselves on the losing end last week and will be looking to make a statement this week when facing another AFC East match up, however, these aren’t the old Patriots. Yes, a key to their game is Tom Brady but outside of that they need to get a running game going. Someone needs to step up and find a way to move the chains. The Patriots really haven’t had the greatest rushing attack all year but if they can find a way to get the running backs going they will control this game. On defense it’s really easy create pressure and Ryan Tannehill will make mistakes. We saw this happen last week versus Buffalo and Tannehill struggled to make big plays.

Miami: I am looking forward to seeing how Miami stops Gronk. Everyone knows he is back and he is a huge play maker but eventually someone has to stop him right? Okay, maybe they won’t shut him down but I am sure they will do whatever it takes to try. I am also looking for Lamar Miller to finally get something going. Miller was talked up this off season but really hasn’t lived up to the hype. Maybe, just maybe this will be the week.

New England: Chandler Jones is who I look forward to watching on defense. Last week Buffalo’s Mario Williams had success pressuring Tannehill due to a poor offensive line and now Jones will get his shot. Jones has 6.5 sacks this season and I think he may have a chance at getting two or three sacks in this game. Jones will bring the heat on Sunday but he won’t be the only one.

This is a tough game, I thought Miami was the real deal until their collapse against the Bills. I also thought the Patriots were the clear cut AFC East champions until losing to the New York Jets. Both teams have had their ups and downs and I am not sure who will bring it on Sunday, however, I personally find it difficult for Brady to lose two games in a row.