When Liverpool manager Brendan Rodgers hailed Luis Suarez and Daniel Sturridge as the deadliest striking partnership in the Premier League following their 3-1 win at Sunderland (Sturridge scored the first goal and assisted on the other two to Suarez), I chalked it up to managerial hyperbole.

But when the two delivered again the following week at home against bottom-feeders Crystal Palace (each with a goal) I decided to take notice and look deeper. 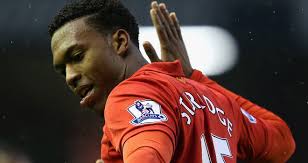 Daniel Sturridge’s career has taken off since joining Liverpool in January (Skysports.com)

Daniel Sturridge has had a brilliant start to the 2013-14 season, with eight goals in all competitions (seven EPL and two League Cup matches). His six league goals has the 24-year as the top goalscorer in the entire Premeirship. Meanwhile Luis Suarez has picked up right where he left off, with three goals in his first two league games (the Uruguayan international was on a ten-match ban for biting Chelsea’s Branislav Ivanovic late last season).

Since Sturridge made his move from Chelsea to Liverpool in January (a move that Chelsea faithful might be regretting now given the struggles of their forwards), he have Suarez have appeared in a dozen Premier League matches together, and have scored 15 goals (Suarez with eight; Sturridge with seven)! Their 1.25 goals per game makes them not just one of the best in Premier League history, but – I may be as bold to say – the best in all of football right now.

In today’s game where most clubs tend to play with one true striker, or none in some cases, Liverpool has keep it traditional. However Suarez and Sturridge (more affectionately known by Liverpool fans as SAS) are not your traditional pairing. But unlike partnerships in the past – where one big, strong forward would hold up the ball for his smaller, quicker counterpart – Suarez and Sturridge are similar in many ways. They are both smaller, quicker players capable of playing out wide and taking on defenders while also capable of moving without the ball and running into space.

Suarez has already scored 3 goals since his return (Getty Images)

But what makes the SAS duo so special is how two players of similar skills complement each other so well. Remember these two have only played in a dozen matches together. Watching their last two matches on television, I found it amazing how they are able to interchange and play off each other despite their similar games. They each seem to have a sixth sense of where the other guy is and what he is about to do – Suarez being the more natural finisher in front of ball has made Sturridge a better playmaker and not just a finisher.

One would like to think that with more matches, they will have even better communication than they do right now – a thought that should scare the rest of the English Premier League as Liverpool are currently tied for the top spot in the table.

Liverpool fans hoping for a return to the glory days can only hope that their new dynamic duo will remain together for a very long time to lead the way.