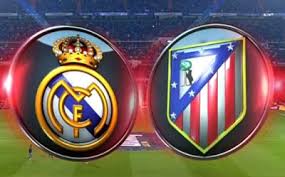 PREVIEW
The biggest derby in Europe this weekend may not necessarily be in London (Tottenham vs Chelsea) but rather in Madrid where Real Madrid will host neighbors Atletico Madrid at the Santiago Bernabeu.

Not only will this be a meeting between two of the top three teams in the Spanish La Liga standings, but it will also mark the home debut of Real’s $138 million man Gareth Bale.

Ever since their 2-1 Copa del Rey final victory against Real (at the Bernabeu no less), their first victory over their bitter city rivals in 14 years, Atletico Madrid have been a completely different and more confident club. Diego Simeone’s squad have been on a roll, having won all six of their league matches to place themselves on top of the standings alongside Barcelona (and two points ahead of Real Madrid). They have scored the second most goals in La Liga, lead by Brazilian striker Diego Costa (whose seven goals is tied with Lionel Messi for tops in the league) and ex-Barcelona striker David Villa.

Fans of the club have every reason to be happy and expectations this year have never been this high in several years. They believe that their club can march into the Bernabeu, and just like they did the last time they played there, come out with a victory.

Can Bale take some pressure off Christiano Ronaldo? Photo courtesy of allsports.com

Let’s not kid ourselves. Atletico Madrid has looked the better side at this point of the season. Real Madrid has yet to click so far under new manager Carlos Ancelotti. They struggled just to beat a newly-promoted Elche club, with Christiano Ronaldo scoring a controversial penalty late in injury-time. They were also not helped by the fact that during that time they had to deal with the Gareth Bale saga, Ronaldo’s new contract, and Mehmet Ozil’s (whose assists had led to several Ronaldo goals) transfer to Arsenal. Frankly, fans of Los Blancos should feel fortunate to be only two points back of the leaders based on the way they’re playing (they have the brilliance of Ronaldo to thank for that). However they need to step up their level of play -sooner rather than later – if they want to reclaim their title. Saturday would be a good time to start!

WHAT TO EXPECT
Unlike previous encounters, I believe Atletico Madrid will be coming into this match looking for a victory. They realize that Real Madrid can be had, seeing that they have yet to play their best football right now. I expect them to come in and make this a physical affair, both in defense and in attack (Diego Costa is one of the most physical strikers in La Liga) in an effort to frustrate the star players of Real. I also look for Atletico to try and take advantage of Real on set-pieces, where their defense have struggled at times. 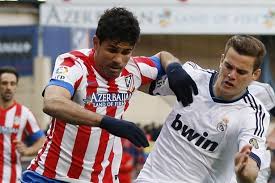 Meanwhile, I expect that Real Madrid will be looking to open up the field, particularly out wide where they can use the pace of Ronaldo and Gareth Bale to trouble the Atletico defense.But how will Bale perform in his debut in front of the Real supporters? I expect definitely expect for him to show some nerves, but he should be fine as the match progresses into the second half.

PREDICTION
I’m picking Real Madrid to win the match. Even though Atletico is playing at a better level than Real thus far, I also believe that Real’s top level of play is better than their neighbor’s (how can it not given the depth and quality on Los Blancos). Atletico have been playing at top level for the majority of the season. Real realise that their top level of play is going to be needed come Saturday. It will be a struggle, but I expect that they will emerge victorious thanks to a Christiano Ronaldo (who else?) goal.

Who will win our European Football Match of the Week?