New Manchester United manager David Moyes is very unhappy with what he believes is an unfair fixture for his club.

Why is that the case, you ask?

Well, just take a look at the fixture yourself to see why (see below):

It kicks off with tricky opening match away to Swansea City (which we previewed as our match of the week). Then in consecutive weeks they play Jose Mourinho’s Chelsea at home (Old Trafford) followed by a trip to Anfield against Liverpool. Three weeks later they go to Eithad Stadium for the derby against neighbors and contenders Manchester City before returning home for a feisty West Bromwich Albion club. The next three matches (all in October) should give them an opportunity to get into a groove but then it kicks back up again with a road date with Fulham, home to Arsenal, away at Cardiff City, away at Tottenham, and home to Everton.

That is a tall order for any club, even one as great as United. David Moyes recognizes that also, and he has lashed out.

While I won’t go as far as Moyes to insinuate that this is some sort of anti-United conspiracy, I will admit that it seems odd that a “random” draw would present the Premier League’s top club with such a difficult fixture. 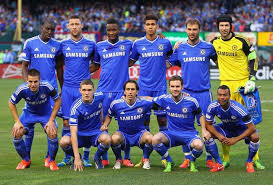 United will face fellow contenders Chelsea as early as Week 2

What Moyes needs to do instead is to stop whining and focus at the task at hand. The fixture is brutal, but it is also manageable. I would not expect to see them at the top of the table come Christmas Day, but I also would not expect them to be too far off the pace.Then United would be seating pretty because if Moyes himself didn’t notice, the fixture gets much easier after that. Of their final eight matches of the season, only a trip to Goodison Park for Everton would be considered a tough match. That gives them ample opportunity to catch up (and perhaps even pass) their competition.

Who would be crying now? I bet you it won’t be David Moyes!